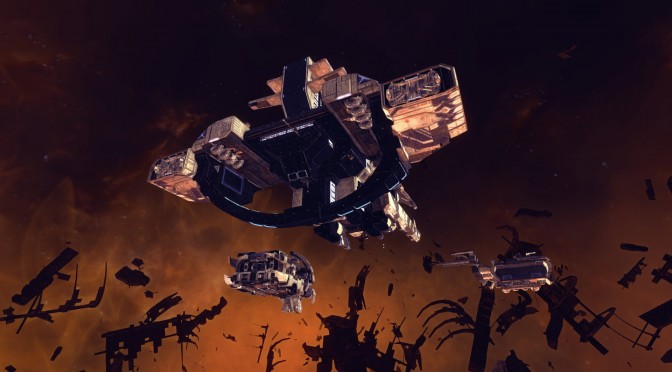 Paradox Interactive has revealed that Ancient Space, a new story-driven real-time strategy (RTS) game from developer Creative Forge, will be coming to PC and Mac in Fall 2014.

Ancient Space is described as a single-player, real-time strategy title that puts the player in command of a fleet conducting a scientific mission on the edge of the known universe, charting what lies beyond in ‘The Black Zone.’

Ancient Space mixes an engrossing single-player campaign story with time-honored RTS gameplay for a suspenseful experience. Mission objectives are many, varying from exploration to stealth, from assault to defense and more.

Ancient Space is also host to a cast of characters voiced by fan-favorite actors from sci-fi television series and films, including:

New Frontiers, Classic Gameplay: Build, maintain, upgrade, and strategically command a multitude of ships in tactical battles and missions, facing aliens, pirates, and the unknown.
An Explosive Space Opera: A compelling story, performed by a stellar cast, follows the player as the fleet tackles questions of humanity and science in an epic single-player campaign.
Live with Your Choices: Each mission advances the plot, and introduces new challenges to be met by choosing the right crew and the right upgrades for the job.

Enjoy and kudos to our reader ‘Umair Khan’ for bringing this to our attention!