AMD is planning to launch their next-gen Ryzen 4000 Renoir desktop processors as a replacement of the existing Ryzen 3000 lineup of APUs. The 4000 ‘Renoir’ AM4 family is aimed for the desktop platform. These new processors feature 7nm Zen 2 cores and an enhanced 7nm Vega GPU core, offering a slight upgrade in the form of full 7nm architecture design.

Now, one Chinese-language tech publication @TecLab has published a short review of an alleged 8-core and 16-thread Ryzen 7 4700GE socket AM4 processor based on the new ‘Renoir’ silicon. According to their testing the chip offers significantly lower memory “latencies” than the Matisse lineup of processors, at just 47.6 ns latency when paired with a DDR4-4333 dual-channel memory. This early engineering sample is codenamed as 100-000000149-40, which means this SKU is the Ryzen 7 4700GE.

AMD’s Ryzen 7 4700G Renoir flagship APU has also been spotted, along with CPU-Z screens as reported by WCCFtech. You can read their full article over here. I’m only focusing on the GE variant SKU for now.

The 4700GE CPU comes with 4 MB of L2 and 8 MB of L3 cache which is because of the “monolithic design” that these Renoir APUs feature, as compared to the “Chiplet” design featured on the standard Zen 2 based CPUs. As this is an early engineering sample, the clock speeds are low, at 3.0 GHz base and 4.0 GHz boost.

The APU also comes with Vega 8 graphics having 512 Steaming processors operating at 2000 MHz clock speeds. The 4700GE has a TDP value of 35W. This is a low-power variant. The sample was tested with AIDA64 Cache and Memory Benchmark on the ASUS ROG STRIX B550-E motherboard paired with a DDR4-4333 dual-channel memory (with CL14 timings 14-14-13-24).

The Infinity Fabric link clock speed (FCKL) was maintained at 2166 MHz, but according to @TecLab these new APUs can maintain FCLK of around 2200 MHz. This SKU was overclocked to 4.3 GHz considering this is an engineering sample.

The APU achieved 49.1ns latency value when it was tested, and it even dropped to 47.6ns value when it was overclocked to 4.35 GHz, on the new ROG Crosshair Impact VIII motherboard platform. These are very low latency values than the Ryzen Matisse series. A multi-die Ryzen processor such as the R9 3900X has a latency of around 60-70ns, which is because of the MCM design of Matisse, where the CPU cores and memory controllers sit on separate dies. The above Lower memory latency value is attributed to the ‘monolithic’ design of the new Renoir APU.

@Teclab also reports that with a water cooling solution, the same platform will be able to maintain a latency of 45ns which is excellent for these Renoir processors.

These are APUs, and unlike normal desktop CPUs, these have integrated onboard Graphics (not comparing here with Intel’s iGPU though). Simply put, an APU is constituted of both the CPU and GPU cores on a single die. They often serve as approachable entry-level graphics solutions for budget gaming PCs and gaming laptops alike. Those gamers who don’t want a dedicated/discrete GPU can go for an APU setup for “casual” light Gaming.

The recently released B550 Motherboards will also have support for these APUs. The Renoir APU lineup will succeed the ‘Picasso’ lineup from last year. It will have support for the AM4 socket. With the release of high-performance Renoir APUs, AMD plans to enter a different market segment. Previously, 4-core/8-thread APU processors were available in the market with up to 11 Compute Units/CUs, but this new Renoir silicon only features 8 Compute Units. Previous generation APUs came with 11 CUs, but AMD has made it very clear that despite fewer CUs on the Renoir lineup, the Graphics performance is still better, thanks to the optimized GPU clock speeds.

Like mentioned before, APUs are a perfect upgrade path for budget and casual gamers alike, and for those who don’t want to spend some extra cash on a dedicated GPU, or they are budget constrained for some reason. These new chips are rumored to feature 8-core/16-thread parts, along with a 6-core/12-thread option as well, allowing for few more options for system builders to upgrade.

Until now AMD has only released budget APUs, with the assumption that serious gamers and professionals will mostly go for a discrete graphics cards in their systems, which seems to be a reasonable assumption if you ask me. But with this new Renoir APU lineup things are a bit different.

An APU can also be seen as a “backup” option, just in case your GPU dies. Or, these could alternatively be used in NAS boxes, servers, media centers etc. Rumor has it that these new APUs will use the same Vega architecture as the Ryzen 4000 Mobile chips. This sounds like a slight bummer since NAVI APU would have been an interesting option, in my opinion.

The GE SKU APUs on the other hand might be an ideal option for compact gaming PCs which require high core counts along with low levels of power consumption/heat, at 35 Watts TDP. AMD can also target ‘pre-built’ and OEM PCs, with the Vega integrated Graphics. AMD Renoir processors are expected to launch next month. 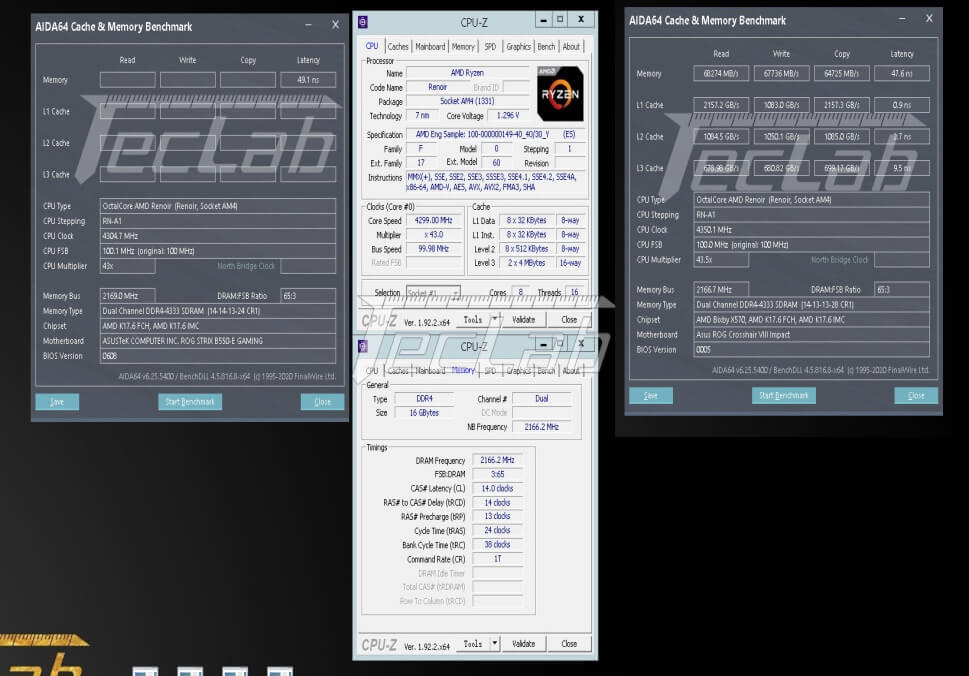