And the time you’ve all been waiting for has come. The embargo for all third-party AMD Ryzen benchmarks has been lifted and below you can find some of them. And from the looks of it, while AMD’s Ryzen high-end CPU, AMD Ryzen 7 1800X, is overall a great product, it’s unable to beat both Intel’s Core i7 7700K and i7 6900K.

According to GamersNexus, AMD’s Ryzen 7 1800X is a bit of a disappointment when it comes to gaming.

“The 1800X is a disappointment, and is not a processor we recommend for gamers when considering the price-point. If you were to buy it, disable SMT for gaming. It’s mostly detrimental, likely due to resource contention among threads in gaming environments.

But yes; The 1800X is an impressive competitor to the 6900K in production, and it’s significantly cheaper. We’d recommend the 1800X over the 6900K for folks who genuinely use software acceleration. It’s just not good for gaming, and GPUs kill both AMD and Intel CPUs in accelerated rendering.” 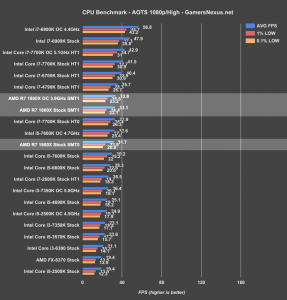 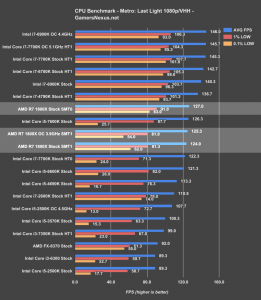 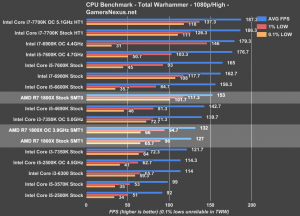 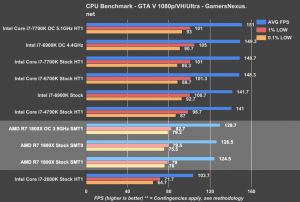 Guru3D also had similar results, claiming that the Ryzen 7 1800X did not perform well under gaming benchmarks.

“So here is where we need to write an entire paragraph. You have been able to see that the Ryzen 7 1800X performance is good, but not just yet 100% where it needs to be. During the past week we have been going back and forth to figure out what could be causing the relatively lower game performance. To date, we have no valid answer to that. The graphics card runs properly PCI-Express 3.0. We know from the RAW and synthetic performance benchmarks that the cores are fast enough, in fact VERY fast. Somehow that does not relate to game performance.” 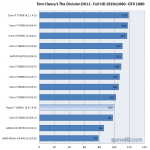 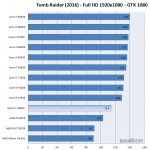 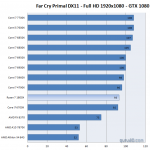 LegitReviews also claimed that the AMD Ryzen 7 1800X CPU performs significantly slower than the Intel Core i7 7700K or the i7 6900K CPUs.

“If there is one area of the AMD Ryzen processor that would be a disappointment and needs to be improved upon it would most certainly have to be 1080P gaming performance. We only tested a few game titles in this CPU review, but the Ryzen 7 1800X was 17-38% slower than the stock Intel Core i7-7700K ‘Kaby Lake’ quad-core processor. The AMD Ryzen 7 1800X just can’t compete at 1080P where the GPU bottleneck is minimal.” 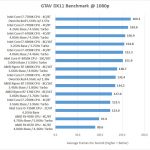 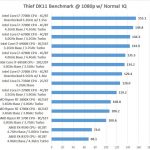 “It’s hard to recommend the Ryzen 7 1800X over Intel’s lower-cost quad-core chips for gaming, especially given the Core i7-7700K’s impressive performance. That’s not a knock against AMD, specifically. After all, we say the same thing about Intel’s own Broadwell-E CPUs. High-end Kaby Lake processors constantly challenge pricier competitors, and the flagship -7700K sells for $350. Even after down-clocking the -7700K to 3.8 GHz, it still beats Ryzen 7 1800X in nearly every game in our suite. Those issues would only be exacerbated on a Ryzen 7 1700X, which operates at lower clock rates.” 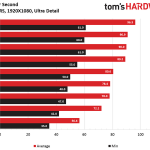 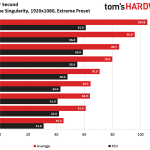 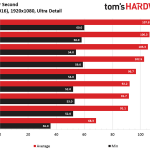 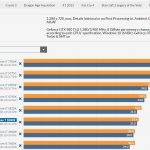 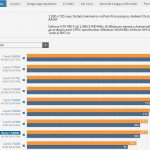 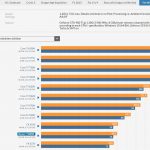