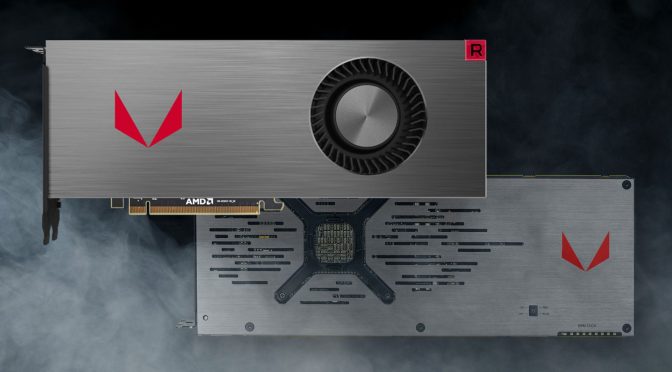 In this story we’ll be focusing on games that were not featured in our previous Radeon RX Vega 64 story. Moreover, we’ll try to focus on DX12 titles and whether these games favour AMD’s GPUs.

Let’s start with a game that favours AMD’s GPUs, DOOM. AMD claimed in its official slides that id Software’s title was running faster on the AMD Radeon RX Vega 64 than on its direct competitor, the NVIDIA GTX1080, and that is actually true. According to Anandtech’s results, the game runs better on AMD’s hardware in pretty much all resolutions. 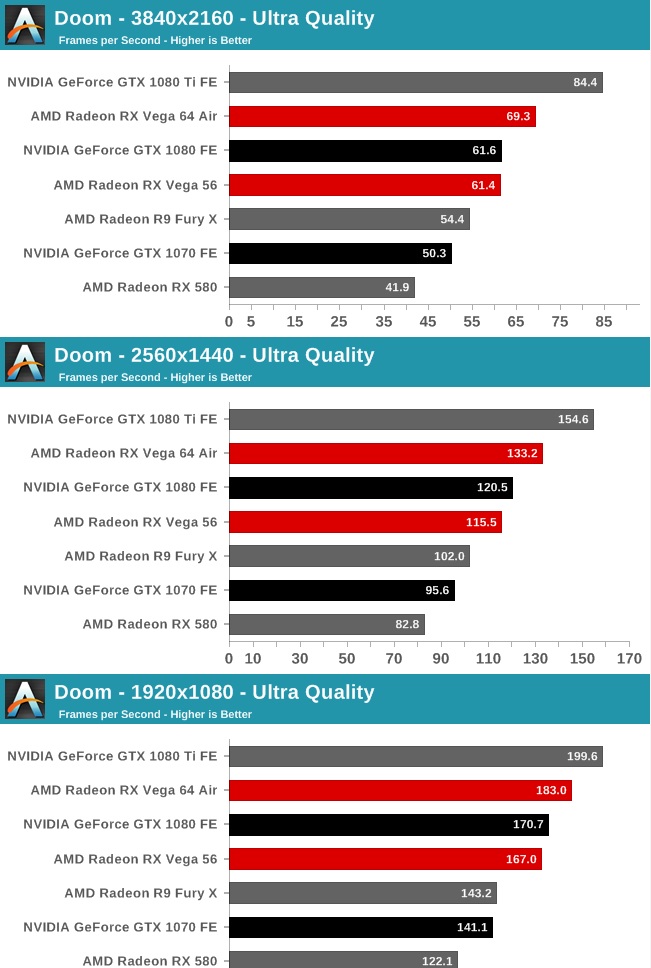 Things are also looking extremely great for AMD’s latest GPU in Deus Ex: Mankind Divided. According to Hexus results, the AMD Radeon RX Vega 64 is faster in all resolutions than the EVGA GeForce GTX1080 FTW. 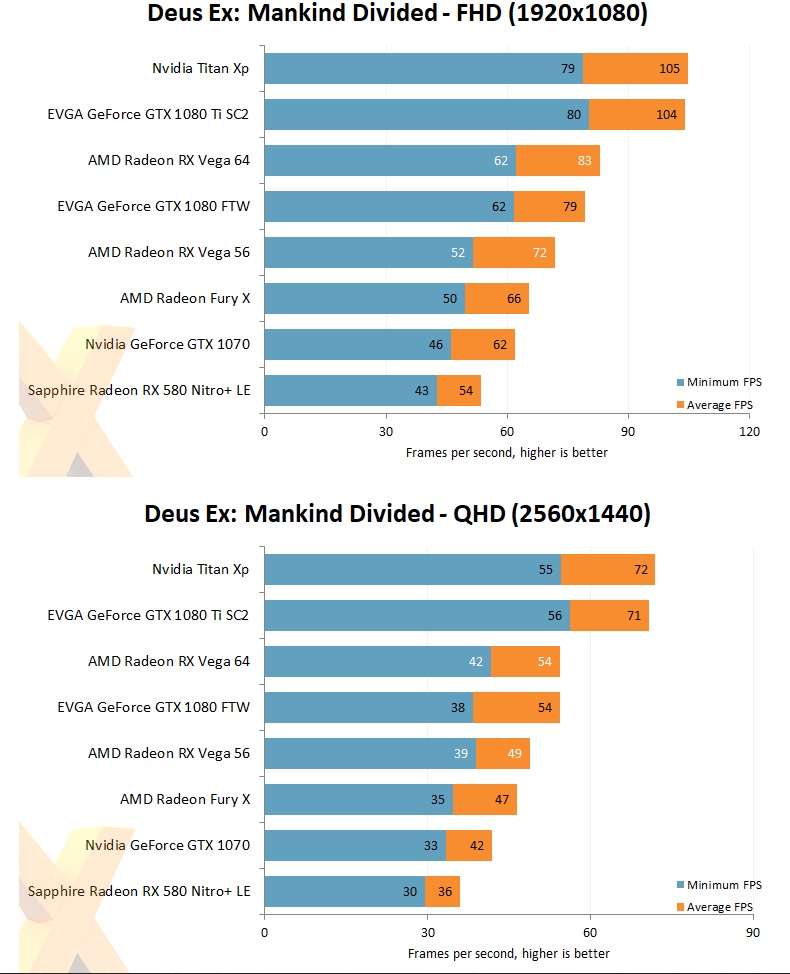 But what about some other DX12 titles? Well, things are not looking great for AMD’s Radeon RX Vega 64 in both Gears of War 4 and Rise of the Tomb Raider. In these two titles, the NVIDIA GeForce GTX1080 is noticeably faster than the Radeon RX Vega 64. 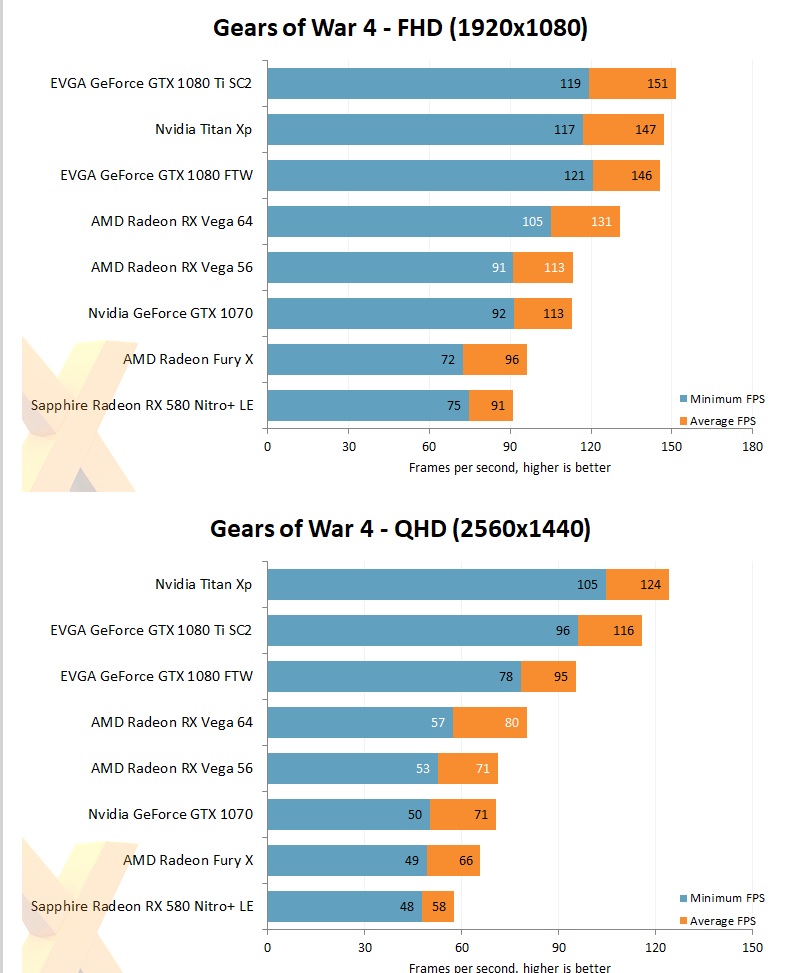 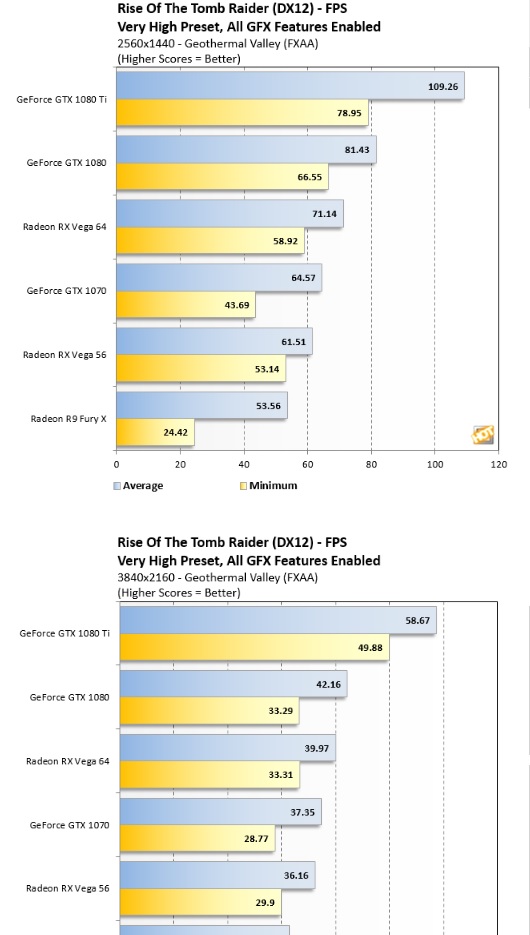 NVIDIA’s GTX1080 is also faster in The Witcher 3: Wild Hunt according to Bit-tech’s results. 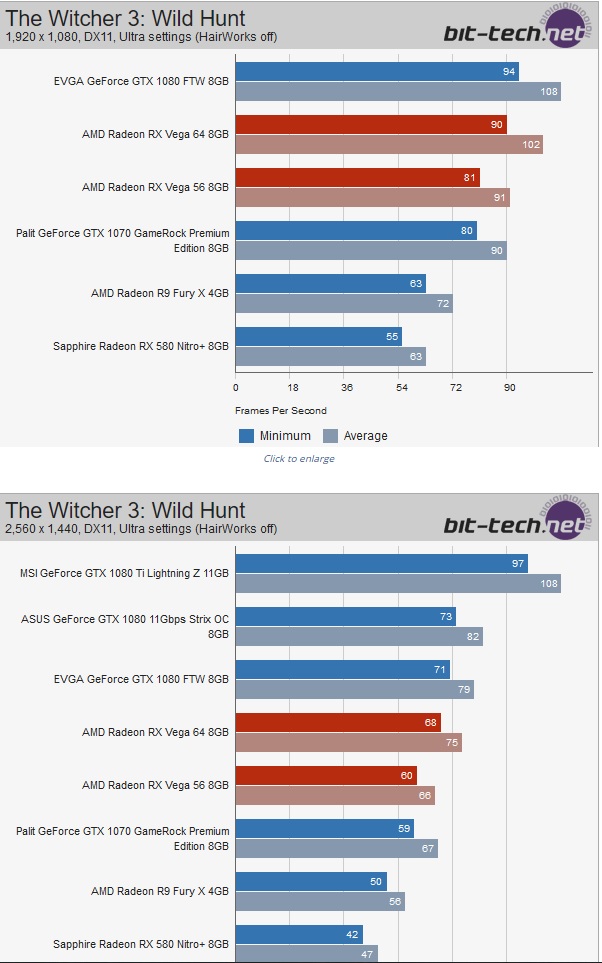 Furthermore, there are also some games with mixed results. One of them is Dawn of War III. While the game runs slower in full HD and quad HD resolutions on AMD’s Radeon RX Vega 64, it does appear to run a bit faster in ultra HD resolutions on team red (at least according to Anandtech’s results). 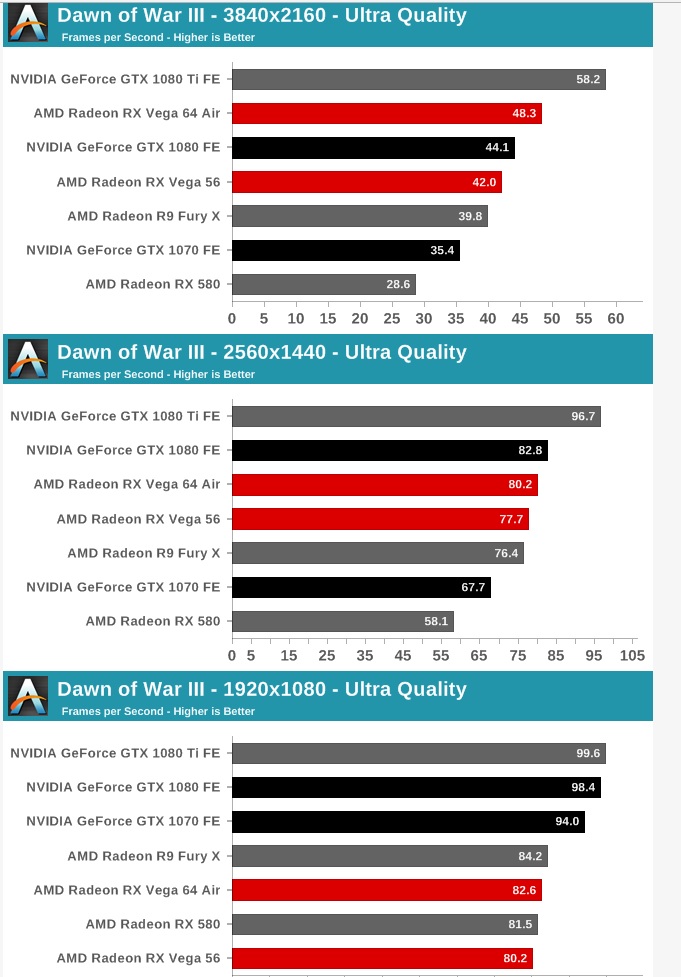 Before closing, let us tell you that the AMD Radeon RX Vega 64 is power hungry graphics card. According to all reviews, this card requires more power than even the GeForce GTX1080Ti. Whether this is something that will put off customers from purchasing an AMD Radeon RX Vega 64 GPU remains to be seen.