The RX 6000 series nomenclature was also been confirmed via a Tweet. The Navi GPU lineup is going to be announced before the next-gen gaming consoles. We can expect the availability of the new Navi 6000 series graphics cards around November.

It’s going to be an exciting fall for gamers… time to start a new journey with @AMDRyzen Zen3 and @Radeon RDNA2 pic.twitter.com/O9SXvLo4y0

Now, one alleged close-up photo of AMD’s Big Navi 21-based GPU DIE which would power the flagship Radeon RX 6900 XT GPU has been leaked out by Coreteks on Twitter, coming via Wccftech. The GPU DIE appears to be massive in size as compared to previous-gen AMD flagship GPU offerings. 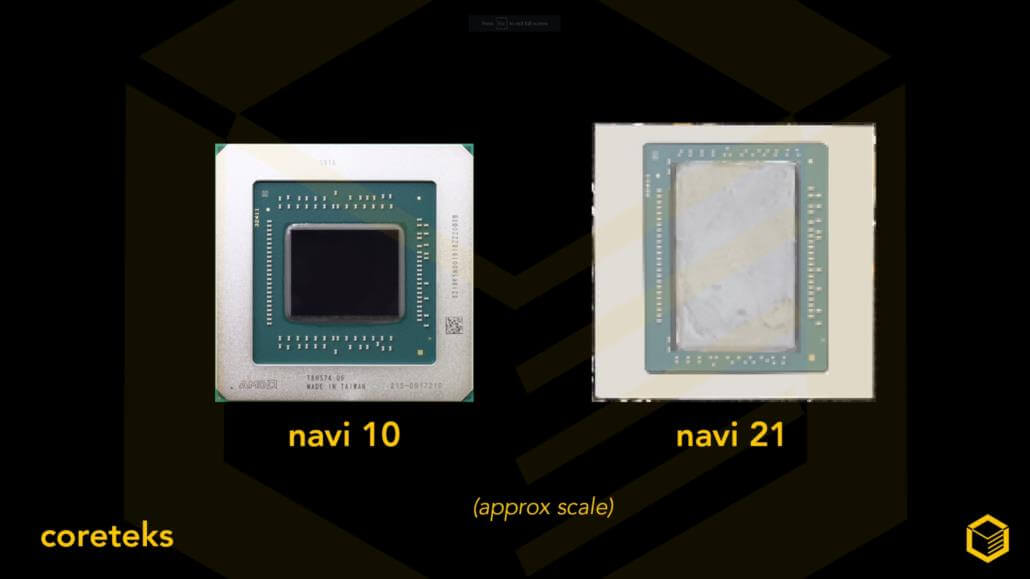 Even though Coreteks has removed all possible references, and markings or proof from the die, the leaker did state that the GPU is indeed the Big Navi 21, though you should still exercise caution with such leaks and rumors.  According to the source this Big Navi flagship GPU die measures around roughly 536mm2 in size, though this is just plain assumption. We don’t know the exact die size yet.

We have already seen a photo of an alleged RX 6000 RDNA2 Engineering sample GPU leaked before as well. At the back of the PCB there were markings for the GDDR6 memory, and the card was allegedly using 16 GB GDDR6 memory along a 256-bit bus interface. So we expect this GPU to be the RX 6900 XT.

AMD’s next-generation RDNA 2 lineup of GPUs would initially come in two flavors, with two chips having different memory configurations, which are NAVI 21 and NAVI 22, respectively. Navi 21 would likely house the RX 6900 XT flagship GPU, which AMD has teased before as well, whereas the Navi 22 chip will likely land up in the Radeon RX 6700 XT or RX 6800 XT series of cards, a successor to the RX 5700 XT GPU.

@Rogame leaked the memory specs of at least two Navi 2x GPUs based on the new RDNA 2 architecture, which are Navi 21 and Navi 22, respectively. Coming to the VRAM configuration, Navi 21 will feature 16 GB VRAM, and Navi 22 will sport 12 GB of VRAM.

I've now got confirmation for both :

The second variant, Navi 22 GPU, will likely feature 12 GB of VRAM across a 192-bit bus interface. As mentioned before, the Navi 22 chip will be featured in the Radeon RX 6700 XT or RX 6800 XT series of cards. Though, the leaker mentions that he is not sure whether these two Navi 2x GPU variants are based on the full Navi 21/22 GPU die, or they are just cut-down SKUs. The low Memory bus interface on these flagship cards seems a bit odd, but there’s also a possibility that these are just early engineering factory samples.

16 GB and 12 GB VRAM configuration is also possible with 512-bit and 384-bit bus interface, so we can expect AMD to follow this route as well, as there are more options available.

There are also reports that AMD may possibly adopt the USB-C connector interface for select Big Navi 21 Radeon GPUs.  We have also seen pictures of AMD’s Radeon RX 6000 RDNA2 GPU before, showing triple-fan and dual-fan designs. The triple-fan variant would most probably be launched as the RX 6900 series, whereas the dual-fan model might house the RX 6800 or 6700 series. The dual-fan version also features two 8-pin PCIe power connectors.

It will be interesting to see whether the new RDNA 2 will be able to compete with NVIDIA’s high-end RTX 3090/3080, or its mid-tier brother, the RTX 3070. As mentioned before, AMD will officially reveal these new GPUs on October 28th. We expect the RX 6000 series to officially debut in November.

RDNA 2 GPUs are expected to be fabbed on an optimized 7nm process node, and they will support hardware-level ray tracing as well, and are expected to deliver a 50% increase in performance per watt over previous-gen RDNA arch, along with an improved performance-per-clock (IPC), and a logic enhancement that helps reduce the design complexity and switching power. GPU clock speeds are also going to get a boost. 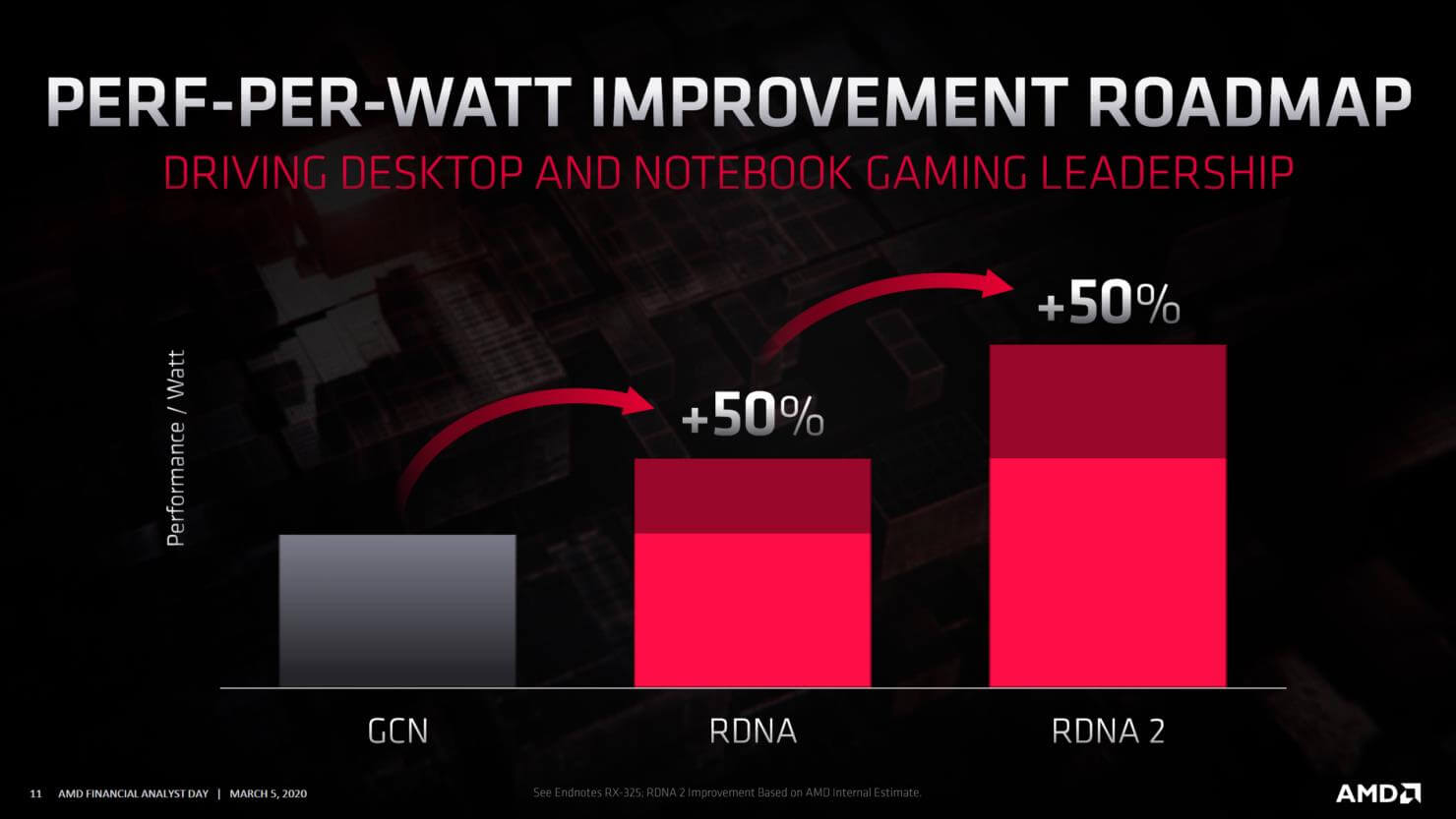