AMD recently released a teaser image for its upcoming Radeon RX 6000 series GPUs. The render image clearly showcased its likely high-end RDNA 2 graphics card. Now, we have a few more renders and photos to share, courtesy of You Tuber JayzTwoCents.

These are again pictures of AMD’s Big Navi RX 6000 cards based on the new RDNA 2 architecture. The new photograph and renders also confirm the design which was showcased by AMD recently on its official Twitter account. Two PCB cooler designs have been pictured. The first render shows a triple-fan cooling system, the same as officially teased by AMD before. We also have an actual photo of this Big Navi GPU as shared by JayzTwoCents.

There is also a dual-fan cooling design of the RX 6000 series card being showcased. This SKU could be a cut-down variant of the Big Navi 21 GPU, though I’m not fully sure. According to JayzTwoCents, the triple fan variant would most probably be launched as the RX 6900 series, whereas the dual-fan model might belong to the RX 6800 or 6700 series family. The dual-fan version also features two 8-pin PCIe power connectors. 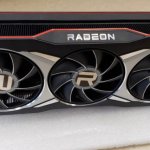 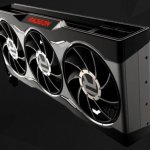 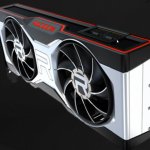 On some other news, it has been confirmed that the upcoming AMD Navi 2X RDNA 2 GPUs will support AV1 decoding. AOMedia Video 1 is an open, royalty-free video coding format designed for video transmissions over the Internet, with up to 50% more bitrate efficiency than H264. It’s a successor to Google’s VP9 and competitor of the H.265 (HEVC). The AV1 is also 30-40% more efficient than VP9 and even HEVC.

Now, some AV1 codec registers have been submitted by AMD in a Linux macOS Big Sur Patch, which confirm that the upcoming RDNA2 architecture will have support for AV1 decoding on the desktop Radeon RX and PRO series of cards. Both Navi 21 (codenamed as Sienna Cichlid) and Navi 22 (Navy Flounder) are going to feature the Video Core Next 3.0 format. Intel’s Tiger Lake Xe-LP architecture already supports AV1 decoding, and Nvidia’s Ampere GeForce RTX 30 series will also have full AV1 acceleration through a built-in hardware decoder.

Confirmation that both 0x73AX & 0x73BX are sienna cichlid which is Navi21 ?

Lastly, some Navi 21 IDs have been recently added to the Linux kernel, as already spotted before by @_rogame.

We also know that AMD may implement the USB-C port interface on some of the Big Navi GPU models. This was leaked before via a Redditor, who spotted a new patch for AMD’s open-source AMDGPU kernel driver for Linux, which added support for this USB-C interface. The patch and the source code clearly mention the name SIENNA CICHLID which is the rumored codename for Big Navi 21 GPU.

AMD will officially unveil the Radeon RX 6000 series on October 28. The company has promised to reveal more information on the next-generation RDNA2-based graphics cards. AMD did not confirm the launch date yet, but we expect the RX 6000 series to officially debut in November.