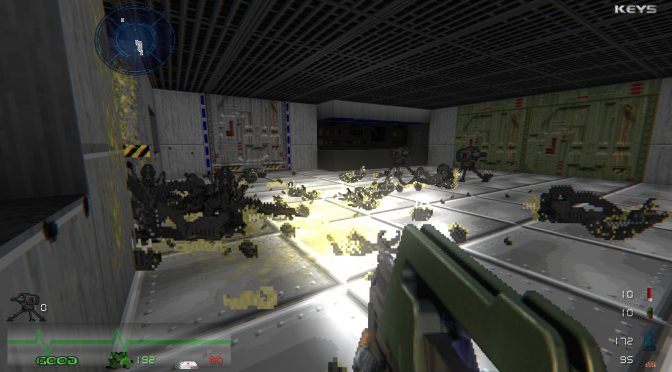 Modder Kontra_Kommando has been working on a remake of the classic 1994 Aliens-themed mod for the original Doom, and released a few days ago its first version. In this total conversion, players must face Weyland-Yutani androids, predators, and xenomorphs in a celestial battle for survival.

While Kontra_Kommando added a new skybox and some dynamic lighting effects, he did not alter the textures of the Aliens TC mod.

Furthermore, this version of Aliens TC comes with slight-randomization of items and weapons (while not deviating too far from the original layout).

Do note that this is a standalone mod, and you don’t need to combine it with Aliens (TC), or any other mod. All you have to do is drag and drop the files over an up-to-date version of GZDoom.