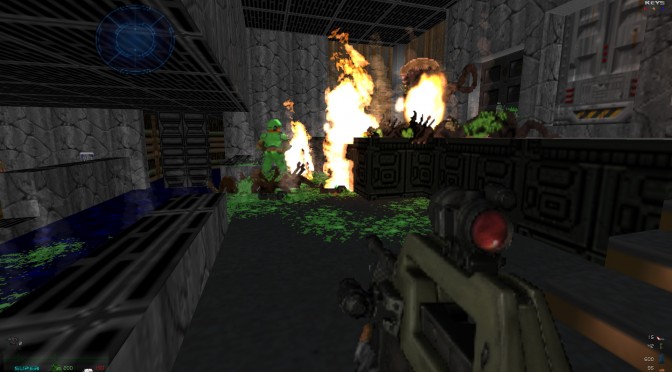 Well, you gotta admire the dedication of some modders. Even though Doom is a really old game, a team of modders is currently working on an Aliens Total Conversion mod for it. Oh, and it looks really cool, so be sure to at least check it out.

As its description reads, this mod features original sprite and texture art by Kontra Kommando, an original weapons arsenal by jdredalert, and original gore by Sergeant_Mark_IV of Brutal Doom fame.

“The Xenomorphs, will now strafe out of danger to avoid pain. They will perform jumping attacks, in two variations. Some will jump attack diagonally; also serving as a group flanking tactic against the player. Now the enemy horde will surround you, with jumping melee attacks. The acid ball has been omitted from every xenomorph except the Flying xeno.”

In addition, this new version sports various game balancing tweaks, new enemy spawning rates, many new gibs, blood decals that now work properly, eggs that can be gibbed and a refined soundtrack selection (to better fit the overall theme of the game).

Those interested can download this mod from here (note: you will need GZDoom in order to play it).