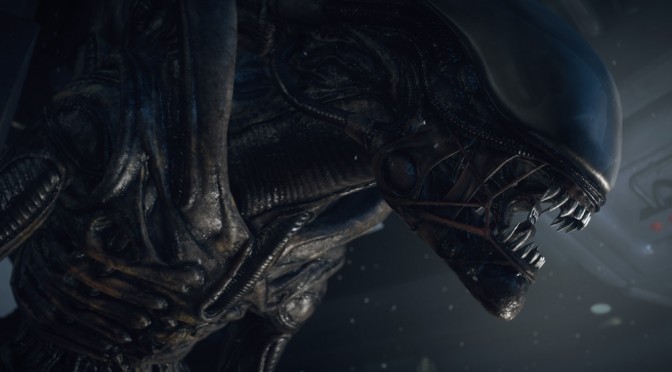 Remember those rumored screenshots we posted a while back for Alien: Isolation. Well, it appears they were legit as the Xbox Marketplace product listing for this upcoming Aliens game is currently live and features them, alongside a new one featured above.

According to its description, Alien: Isolation will be a survival horror set in an atmosphere of constant dread and mortal danger. The game takes place fifteen years after the events of Alien, and players will take the role of Ellen Ripley’s daughter, Amanda.

“As Amanda, you will navigate through an increasingly volatile world as you find yourself confronted on all sides by a panicked, desperate population and an unpredictable, ruthless Alien. Underpowered and underprepared, you must scavenge resources, improvise solutions and use your wits, not just to succeed in your mission, but to simply stay alive.”

It’s interesting to note that Game Informer will unveil its cover today, so there is a high chance that we’ll get more details about it in a couple of hours.