With the upcoming AION update 3.0, NCsoft and Gameforge have brand new challenges in store for players level 55 and upwards. Numerous opponents lie in wait for brave heroes in exciting instances, which can be entered via the new territories of Tiamaranta and Sarpan.

The Tahmes instance can be entered by factions from level 56 and offers five diverse zones. A boss monster lurks at the end of each of these zones. The aim here is to prevent the resurrection of dragon Raksha, who was once exiled from Tiamat. As a reward for successfully completing the quest, you will receive unique equipment items and/or epic accessories.

The Rentus Base is aimed at players from level 58 and has a total of nine boss opponents. Players have the opportunity to interact with siege weapons and can use them not only to fight monsters, but also to influence the gaming environment. The fortress of the Reians lies between Tiamaranta and Sarpan and belongs to the Balaur. Players can enhance their equipment with useful, class-specific items.

From level 57, players will be able to enter Muada’s Hideout. In this location, the giant mutated sand bug Muada stands in the players’ way. The instance can be entered by both factions and on top of unique shields, headwear and necklaces it offers the chance to gain powerful loot: epic jewellery, for example. Muada’s Hideout is the largest instance in the upcoming update and can be mastered in an alliance of up to 24 players.

At level 57 you can also enter the Elementis Forest/Argent Manor instance. It is divided into two larger sections and is home to countless spirits. They have become a real hindrance in the search for the missing Reian Sorcerer Davlin. Unique weapons and armour can be looted in both sections, but if you’re lucky you might even find a pair of epic wings in Argent Manor.

The already familiar instance of Dredgion, the airship of the Balaur troops, can be entered from level 56 and has been improved so that it now harbours even stronger monsters. After they have been defeated, these monsters may leave PvP headwear, a box with AP items or Platinum Medals in their wake. Atreia’s heroes can enter this instance at predetermined times to complete repeatable quests and thus stock up their supply of Mithril Medals and epic consumable items.

AION also offers solo players a special challenge. The Aturam Sky Fortress gives heroes the opportunity to prove themselves as individual players and to quickly gain experience. From level 55, they face a bitter fight against the Balaur air troops. Some heroic pieces of armour, unique belts, earrings and weapons are exclusive to this area. 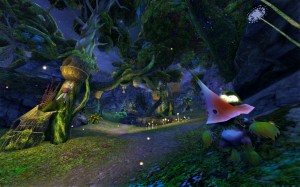 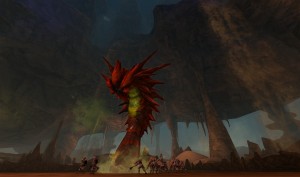 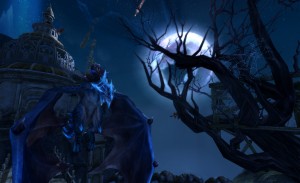