Our dear friends over at VGLens have revealed two new tech demos for Square Enix’s Agni’s Technology. These demos show off two of the trailer’s characters, in which the developers adjust various characteristics on the fly. The level of detail is simply mind-blowing and it is no stretch to say that Agni’s Technology features the most detailed characters we’ve ever seen. So yes, we highly recommend taking a look at the following videos and let’s hope that Square Enix will reveal more news about the game that will be based on what we’ve seen so far on this tech demo.

Remember back in June when we said that the Agni’s Tech Demo was running on a single GTX680? Naturally, a lot of our readers did not believe those claims. Well, here we are today with the full specs of the PC system that was running this tech demo.

According to Japanese websites GameWatch and 4Gamer, Agni’s Philosophy was running on a single GTX 680 that was paired with an i7-3770K (at 3.5GHz) and 32 GB of RAM. As GameWatch suggests, this tech demo did not stress the aforementioned machine much, meaning that such graphics can be easily achieved by high-end PC systems. The tech demo used 1.8GB of texture data and was said to be running with a combination of MSAA and FXAA.

What’s also interesting is that, according to the 4Gamer article, the entire city was tessellated. We’ve been saying that tessellation would be a great technique that could potentially replace current LOD settings and eliminate pop-in, and it seems we were right. Moreover, and by using this technique, Agni’s Philosophy pushed scenes with 10 million polygons. Kudos to Square Enix for doing so.

Last but not least, the tech demo was running at 60fps – on that PC system that was described above – and not at 30fps. Impressive, right? 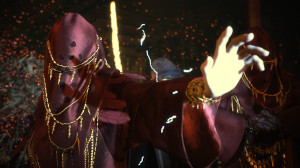 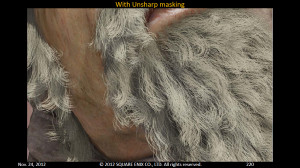 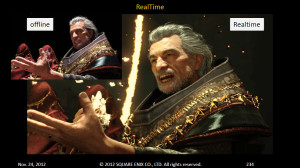 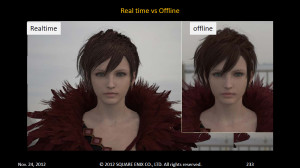 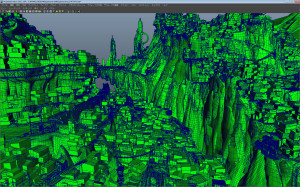