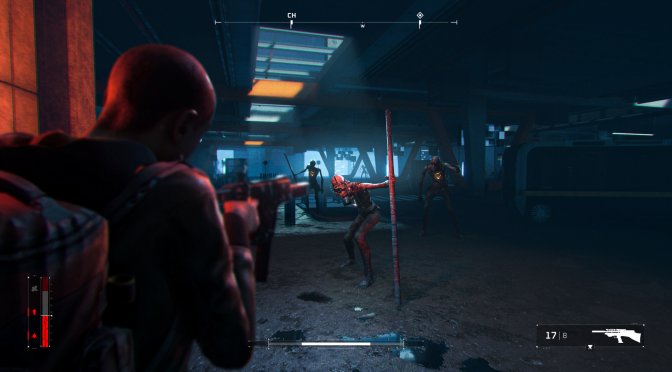 One O One Games and META Publishing have revealed a new psychological survival thriller, called Aftermath. Moreover, the teams have shared a 2-minute in-engine teaser trailer that you can find below.

As the press release reads, Aftermath strives to throw players into a narrative driven world beyond the unimaginable. The game follows Charlie Gray; a former European astronaut as she struggles through the remnants of society in search of her daughter. Aftermath promises to delve deeply into philosophy and psychology, drawing from the One O One team’s previous experience from games like “The Suicide of Rachel Foster”.

Players will find themselves in new territory when it comes to systems like crafting and combat. Alessandro Bavari, the creator behind works like Ridley Scott’s Alien: Covenant and Suspiria, will be also contributing to this project. Not only that, but Aftermath will have an original soundtrack featuring music from the likes of UNKLE and Planet Funk.

David Gallo, CEO at One O One Games, said:

“For us at One O One, this is a major goal. To have the chance to develop such an ambitious, innovative title in Italy and we feel lucky to have META Publishing as a partner. META believed in our game, which aims to tell a mature story through survival mechanics, one that’s far away from the standard wilderness settings that these games feature normally. We are excited to let people get in touch with the uncanny world we’re creating and the characters who inhabit it!”

“We’re extremely excited to be sharing this news with the world today. The team at One O One have created an incredibly layered character in Charlie, the protagonist of the game. She was at the top of the world before the event and even though the odds are stacked against her, she still finds the strength to overcome everything and focus on finding her daughter. The story and experience in Aftermath is truly something unique that we hope people will be talking about for years to come. The combination of visual style, story, soundtrack and gameplay creates a completely unique game that will appeal to a vast amount of gamers across the globe”.