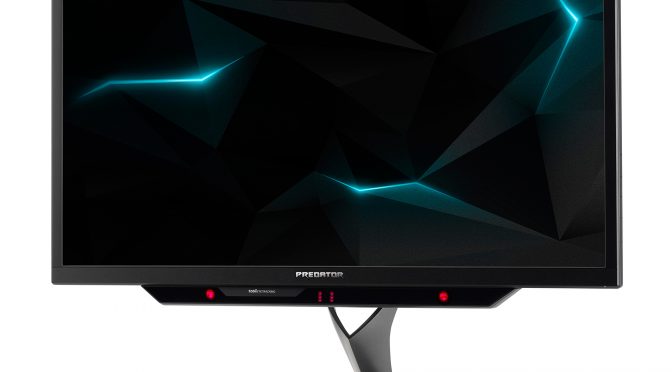 Acer being one of the titan companies designing and creating some of the best leading technologies for computer displays has delayed it’s highly anticipated next-gen panel,  the 4K 144Hz monster.

The monitor itself is a 4K 144Hz HDR G-Sync gaming panel that is going to raise the bar quite considerably of high-end PC enthusiast gaming. For people interested in purchasing one of these displays once it is launched you should be aware of the fact that there is no known hardware available at a consumer based level that can even push this display to it’s absolute limit. 4K @ 144z is something gamers have been wanting to experience since the release of 4K displays and now even if you have two NVIDIA 1080Ti cards in SLI the graphics cards won’t even be able to reach that.

Due to the fact that it is currently impossible for the current hardware to meet the requirement of 144Hz @ 4K this may be the reason why Acer has delayed the release of their new panel to the market, perhaps they are waiting for NVIDIA to release their new GPU so it can line up with the release of the monitor.