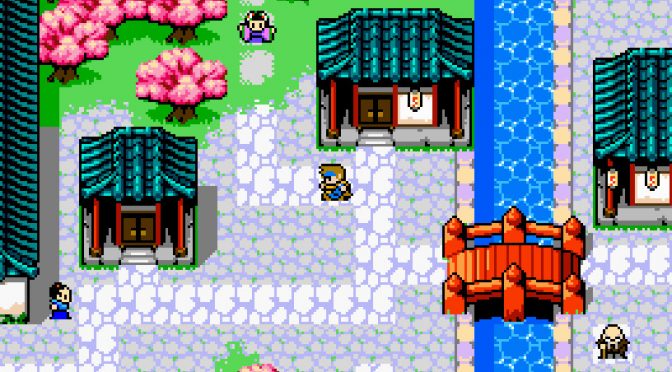 Critical Games has announced that a special ‘First-Look’ demo is available right now for 8-Bit Adventures 2 on Steam. As such, players worldwide can get a taste of this turn-based action JRPG. Critical Games plans to release the game in early 2018.

According to the press release, the world of 8-Bit Adventures is set inside of a video game. Therefore, this approach has created many novel opportunities.

“Everyone knows what a video game glitch is – something that shouldn’t exist, but has the power to distort a game world in bizarre and seemingly impossible ways. The antagonist of 8-Bit Adventures 2 is based upon this concept, taking the form of an unwanted and mistreated child known as the Glitch.”

Faced with erasure, the Glitch lashes out, distorting the world and threatening its people. It’s up to the player’s party of 7 distinct characters to undo these distortions and defeat the Glitch. The game will feature 3 returning and 4 brand new characters, as well as dozens of dungeons and deadly enemies.

“After more than two years of hard work, I am tremendously excited to bring 8-Bit Adventures 2 to both existing and new players alike. One of my favourite things about the JRPG genre is the unique way it creates a connection between the player and its world/characters. We still have a little way to go, but I sincerely hope that 8-Bit Adventures 2 connects with players the same way that games like Chrono Trigger and Final Fantasy IX have always connected with me.”

Players will explore a vast and varied world, brought to life by vibrant 8-bit graphics. Furthermore, the game promises to feature memorable NES-accurate music, and people with personality. Players can enjoy strategic, fast-paced combat that focuses on unique character traits. They will also be able to swap party members, manage the turn order, and use a variety of unique skills. Moreover, the team has claimed that the game does not require any mandatory grinding.

The 8-Bit Adventures 2 First-Look Demo is now available on the official Steam page. Moreover, those interested can download a DRM-free version of this demo from the game’s official website.