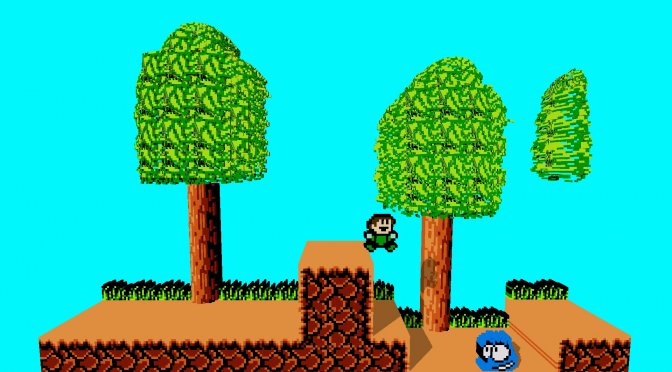 In case you missed it, a revolutionary new emulator for the NES/Famicon entered a public Steam early access release on June 19th. 3dSen not only emulates some of our favourite games from the platform, it also converts your ROM’s into full 3D visuals.

3dSen has had a development timeline that goes back nearly five years, and the result of how it transforms a classic, 2D NES game is quite a sight. This emulator doesn’t just use visual trickery or stereoscopic effects to make sprites pop out of the screen: It completely transforms the 2D space of these titles into a 3D diorama that you can play through, and even view from different angles.

The developers, Geod Studio, have therefore taken the sprites from these games, and used them as textures to build little worlds and in-game objects. And the answer is yes: You can indeed play your NES games with contemporary VR gear.

As you’d expect, not every single NES title is currently supported, but a respectable list of around 70 games are fully compatible (most of which usually end up on top ten lists anyway). If you have never played any or most of these games, you have just lost your last excuse!

You can purchase 3dSen at a reduced price for a limited time here.