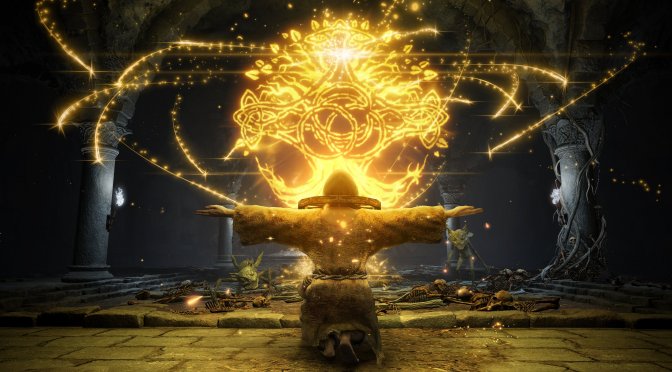 Elden Ring came out two weeks ago and after spending more than 40 hours on it, I can safely say that the game is playable with keyboard and mouse. However, there is one feature that can completely destroy your gaming experience if you use K&M, and that’s the automatic re-centering of the camera. And while FromSoftware has not addressed this via a patch, there is now a mod that fixes it.

For those unaware, the game automatically re-centers your camera. And while this may be fine for gamepad users, it’s completely unnecessary for keyboard and mouse players. After all, and by using the mouse, you can quickly re-position your camera.

Created by modder ‘TechieW’, this mod removes this ridiculous automatic camera re-centering feature. As such, PC gamers can now fully enjoy the game with the keyboard and mouse. And yes, the game can become easier now as you won’t be fighting with the camera anymore.

As with most mods, you must disable the game’s anti-cheat system (meaning you have to play in offline mode). You can download the mod from here. You will also need Elden Mod Loader in order to apply it.

Speaking of Elden Ring mods, we also suggest downloading the following ones. Flawless Ultrawide enables support for ultra-wide resolutions/monitors. There is also an unofficial Photo Mode. Furthermore, this mod will unlock the game’s framerate.