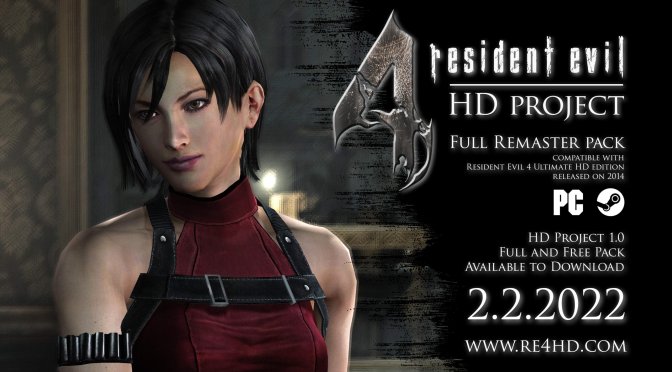 What’s also cool here is that with the combined efforts of the community, the modders have been able to raise this project to another level by fixing some infamous issues of this and previous HD ports. For instance, they have added full HD videos. The final version will also have the original DoF blurring effect from the GC/Wii versions. Not only that, but it will have a FOV for PC gamers to adjust.

The last version of this mod that the team released to the public was back in 2018. So, if you can’t wait until the duo completes the mod, you can go ahead and download its beta version from here.

Below you can also find the complete list of the current improvements that Resident Evil 4 HD Project Version 1.0 will have. I’ve also included below its latest video showcase.