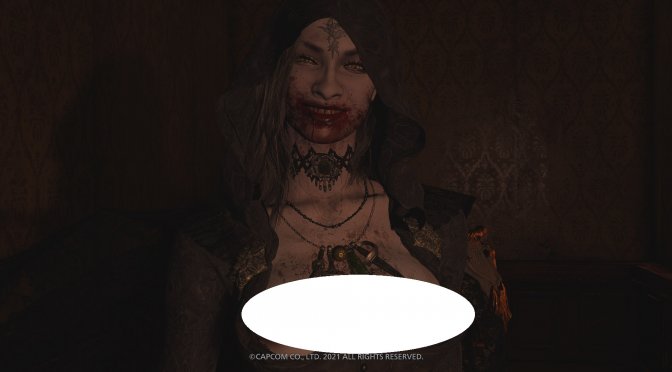 The first mods for the PC demo of Resident Evil Village have appeared online and we are presenting you the most interesting ones. These mods should, theoretically, be compatible with the final version when it comes out on May 7th.

The first mod introduces some new areas to the demo, for both the Castle and the Village. Basically, the mod removes the obstacles that were present in the demo (like locked doors or barricades), allowing you to explore those areas. Do note, however, that these new areas may have glitches (as you were never meant to explore them).

The second mod is a semi-nude mod for the vampire lady, Cassandra. Basically, this mod allows you to see her big boobs. To be honest, I was expecting someone to mod Lady Dimitrescu to Cassandra and undress her. I guess I was wrong though. Anyway, you can download this mod from here.

The third mod is a FOV fix that most PC gamers should use. This tool basically allows you to change the game’s really low Field of View. It comes with FoV sliders that update the in-game FoV in real-time, and packs separate FoV sliders for base FoV and zoom FoV. It also remembers the last set of FoV and auto-sets.

The fourth mode replaces Ethan with Cassandra. As such, you can now play as the vampire lady (though you don’t have any of her powers). Basically, this is a character swap mod that you can download from here.

Lastly, I also suggest using this method to reset the demo timer. You can also find a tool that will automatically do this in the Comment section.