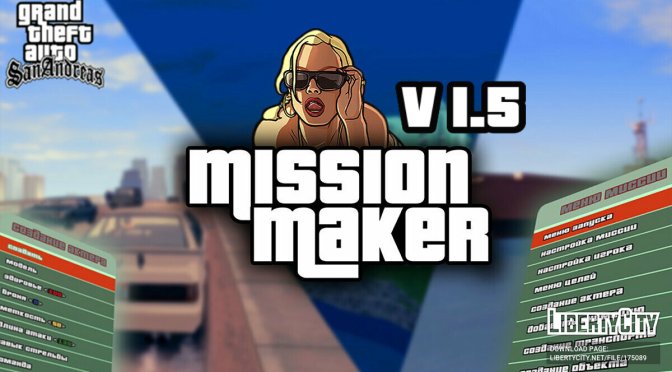 HorusPublishingGTA has announced that Mission Maker V1.5 for Grand Theft Auto: San Andreas is available for download. As its title suggests, Mission Maker allows you to create your own missions in San Andreas, featuring a user-friendly interface, great features and stability.

According to the dev team, version 1.5 fixes some collision issues, as well as some crashes. Moreover, it changes the design of the mission loader, and adds 20 new skins. It also adds support for external scripts, and adds a storyline mode. In storyline, you can now select new tasks to complete in order to start a storyline mission.

Since Take-Two has been taking down numerous mods for GTA 3, San Andreas and Vice City, we suggest downloading it while you still can. Since this mod can provide new free content for San Andreas, Take-Two may shut it down.