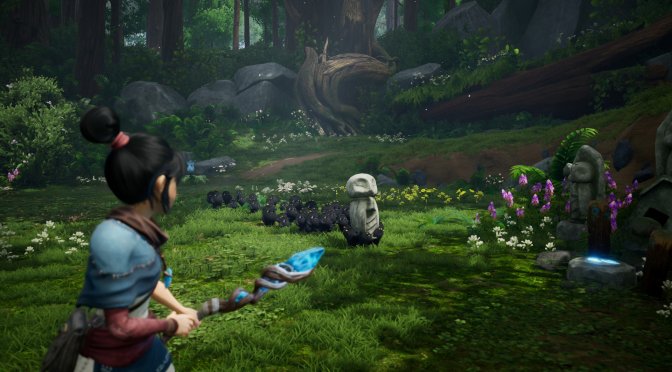 Let’s start with the first mod. Provided by PCGamingWiki the UltraWide Fix mod adds support for ultra-wide monitors. You can download this mod from here. All you have to do is run the executable file and patch the game’s .exe file (we’ve scanned this file and it appears to be clean).

Lastly, this 6.7GB Mod replaces the game’s pre-rendered cut-scenes. The vanilla cut-scenes run at 24fps and feel a bit choppy. This mod aims to address this by re-encoding these scenes at 48fps. You can download it from here.

Be also sure to read our PC Performance Analysis for Kena.