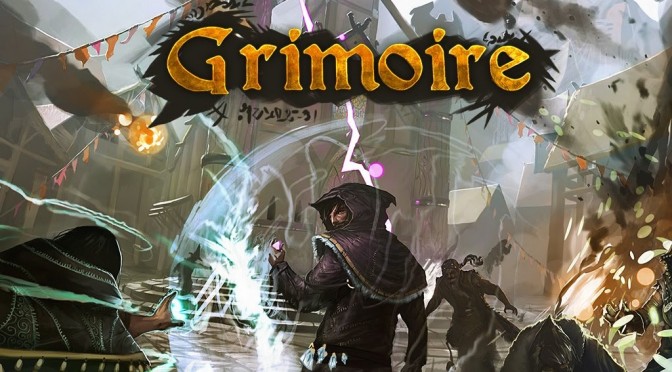 I found about this game while browsing reddit. The developer had posted in /r/gamedev asking why their game had such a poor launch and what could they have done better. I contacted the dev saying I would review their game, but I would not be dolling out good reviews just because I support Indie Developers. 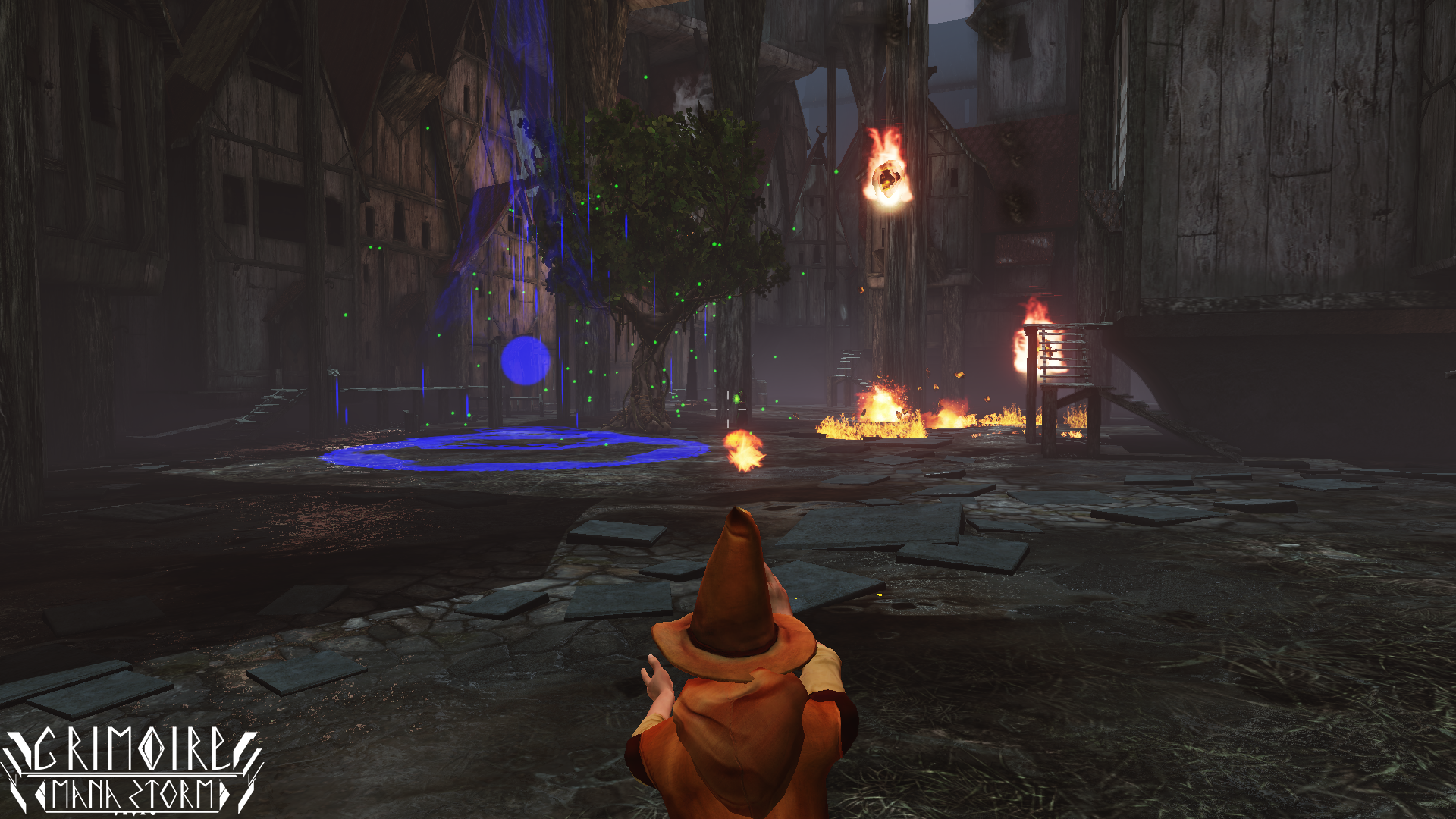 After roughly 4 hours of gameplay I am definitely hooked. Now let me preface this by saying that this game is still incredibly basic, and is not without its flaws, from mediocre optimization to ok texture mapping on objects, but to be fair I did traverse some areas that may not have been meant to traversed.  Grimoire: Manastorm is a true blue arena-combat game that captures all the things that I loved about Unreal Tournament, aside from the gibs. In terms of gore this game is quite tame. 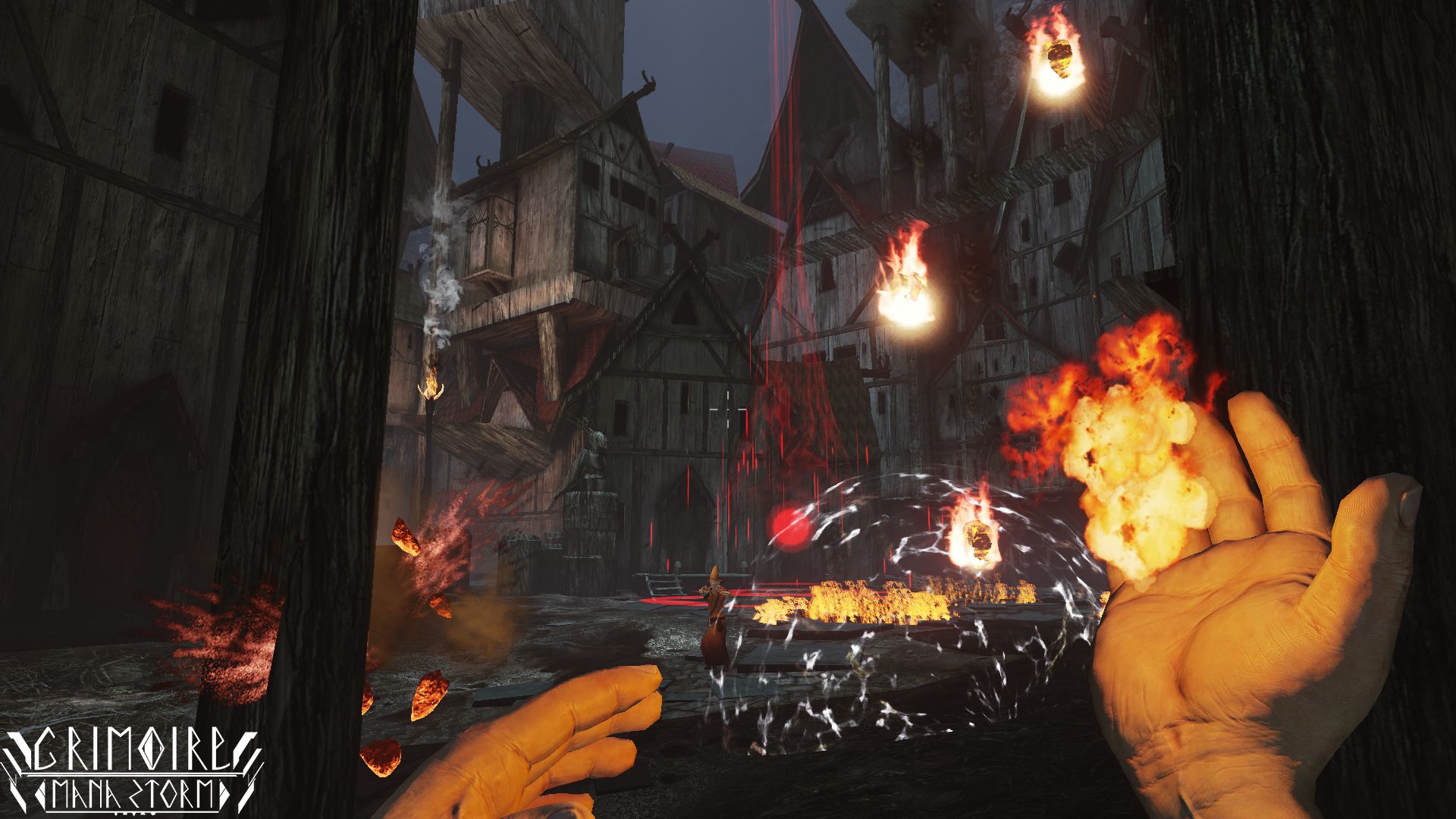 With a multitude of Spells to choose from as well as defensive abilities Grimoire: Manastorm offers a lot of variety to keep combat fresh. There are two gametypes that I have observed: Free-For-All and a Conquest type game mode that pits 2 teams against each other to hold 5 points on the map. These points gain the team points as well as act for spawn points for members of the controlling team. 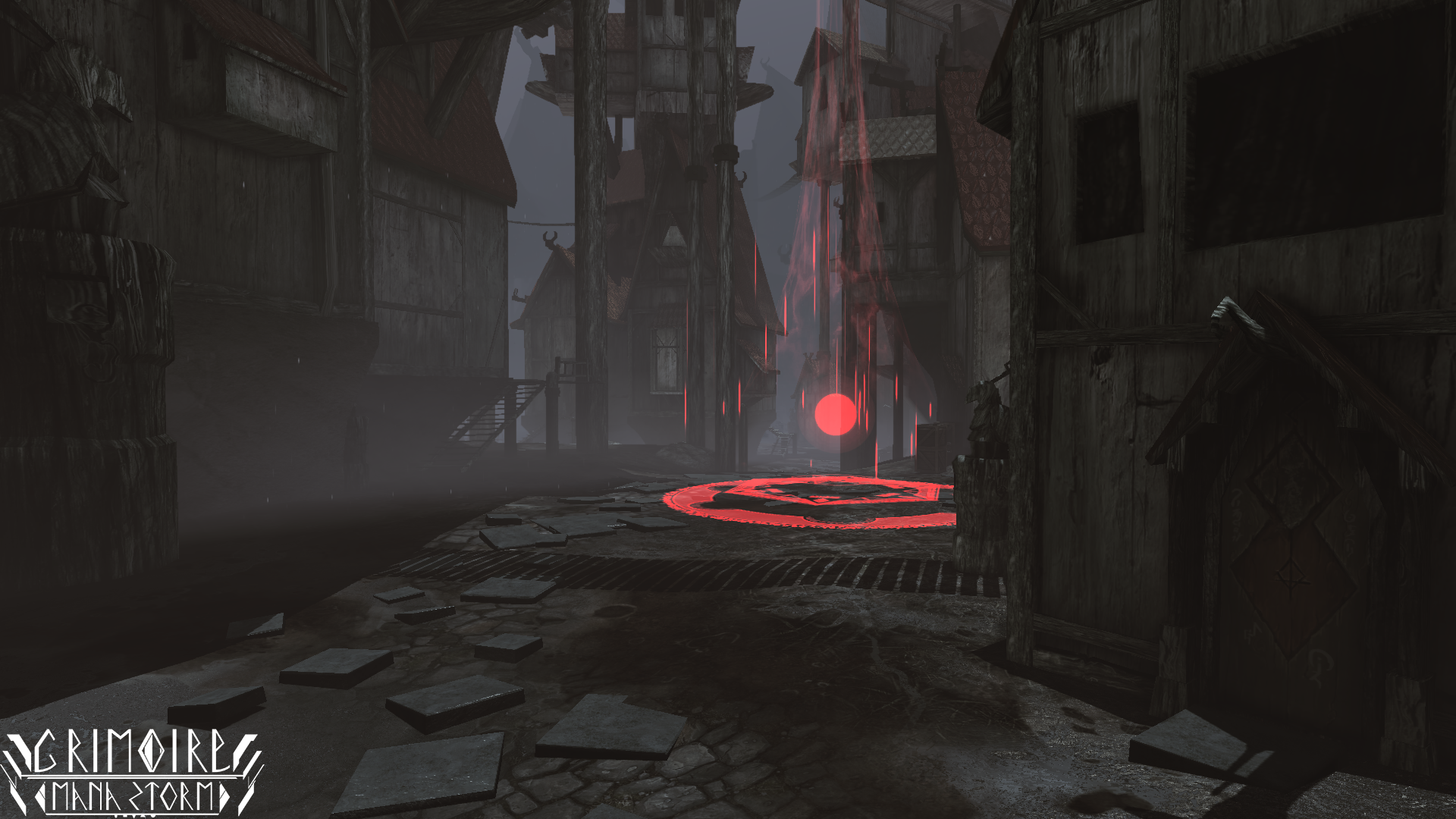 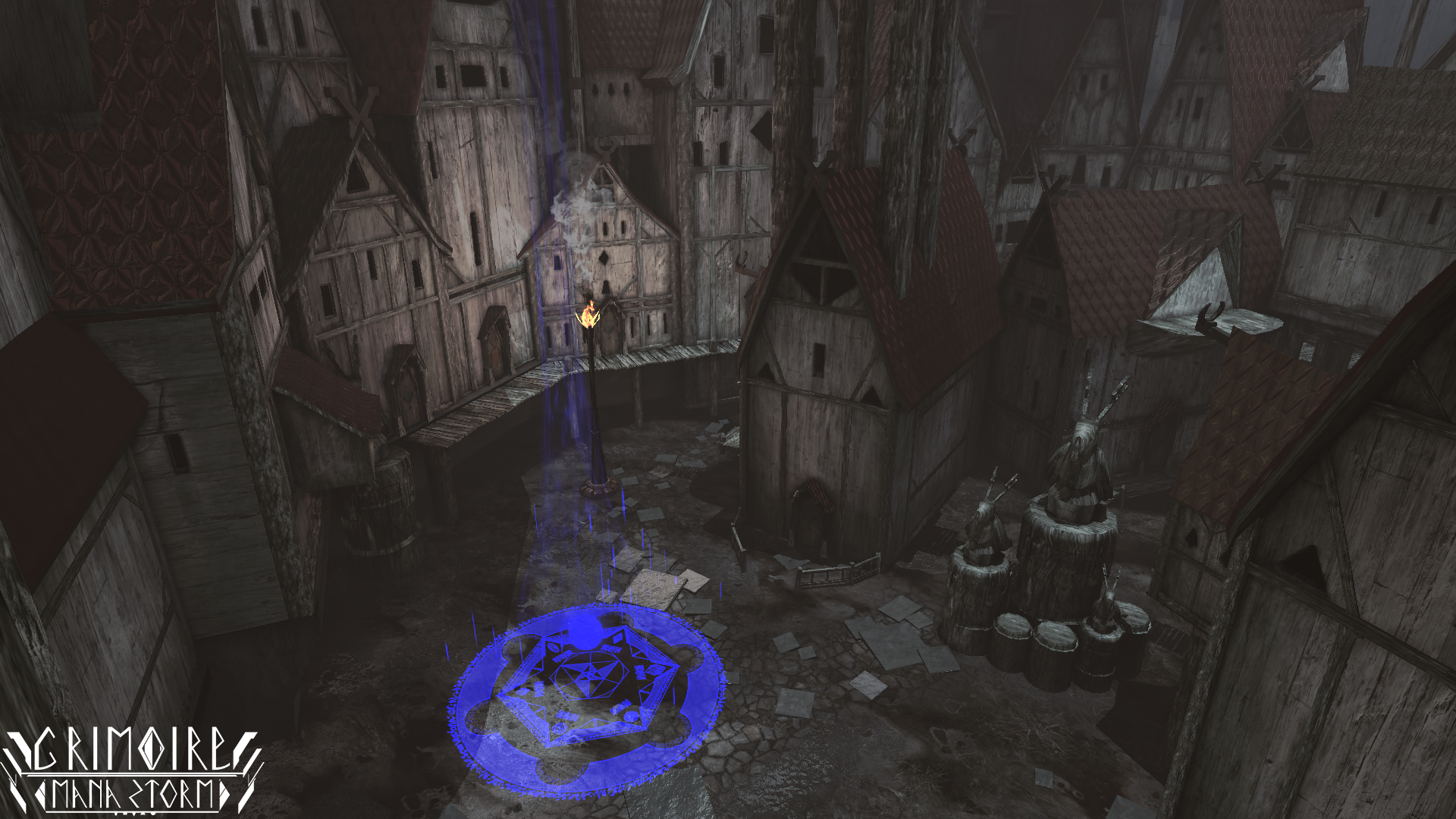 Unfortunately, because this game didn’t get a lot of attention that means that there isn’t many players online. Even during the developer play sessions there is one full server, and the rest are barren. Many times I played with only one person and even though a 1v1 can be entertaining for 15 minutes, anything longer than that gets quite dull. 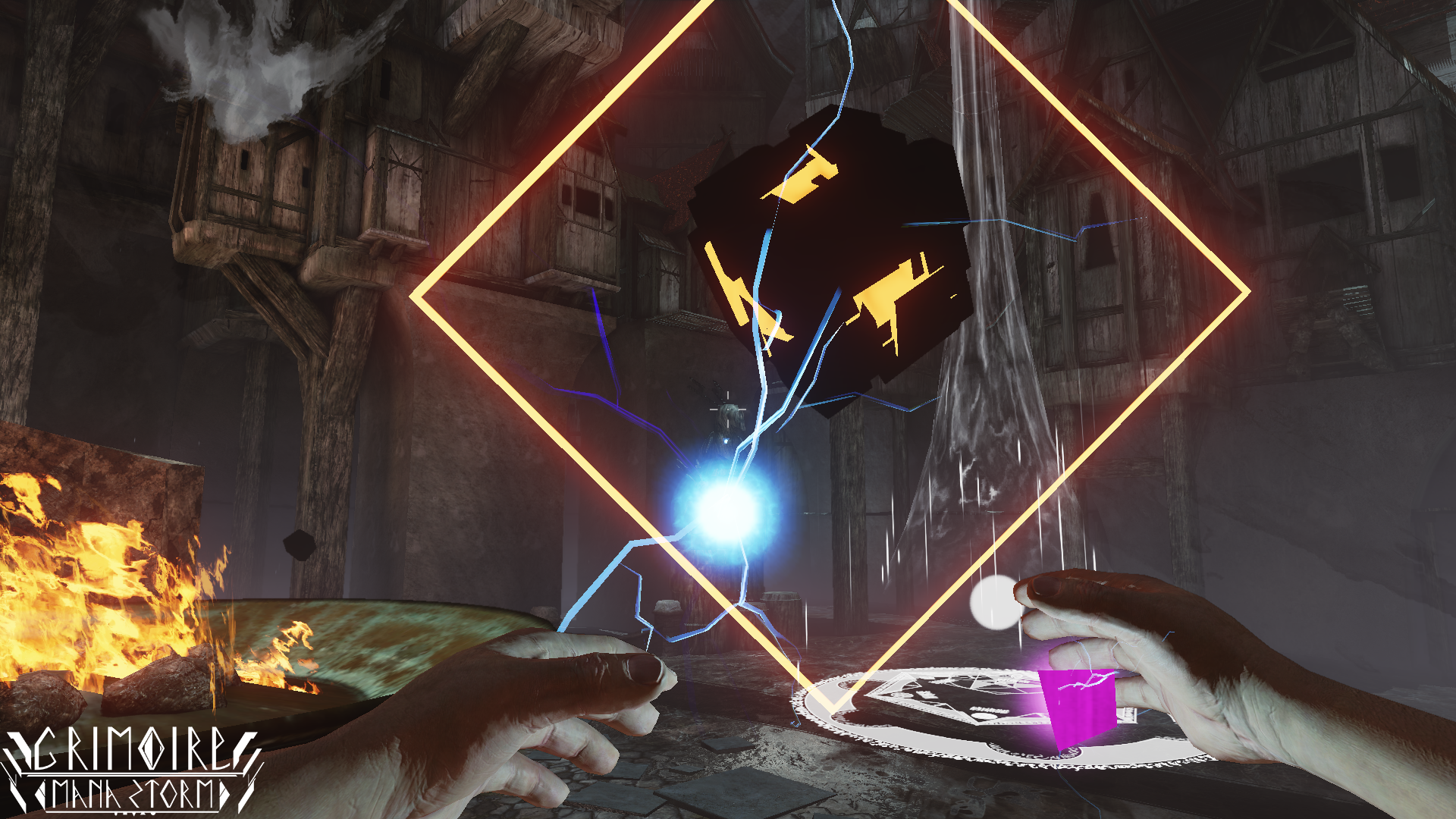 Alright,  final verdict time. When I played in a server full of people I had a blast and I will definitely be recommending this game to my friends for us to play at our next LAN Party, but to the individual gamer it is difficult. This is where we get stuck between a rock and a hard place. I would hands down recommend it even in its basic state if there were more players online, but there isn’t. Then again there won’t BE more players online if people don’t buy it. So I’ll leave the decision up to you. It is a fun game and it will only get better as the developers add more content, but your playtime will be limited as there aren’t a large number of people online.

The developers were kind enough to send us 2 keys for their game so I can give one away to our readers here at DSOG. So comment below and I’ll assign you a number then on Monday I’ll Announce who won the game.