World War Z has just been released on the Epic Games Store. The game is powered by the Swarm Engine and since it supports both the Vulkan and DirectX 11 APIs, we’ve decided to put them to the test on both NVIDIA’s and AMD’s hardware.

Saber Interactive has included a built-in benchmark tool, however we’ve discovered that the Tokyo mission was more demanding than it. As such, we’ll be testing that area for our benchmarks. 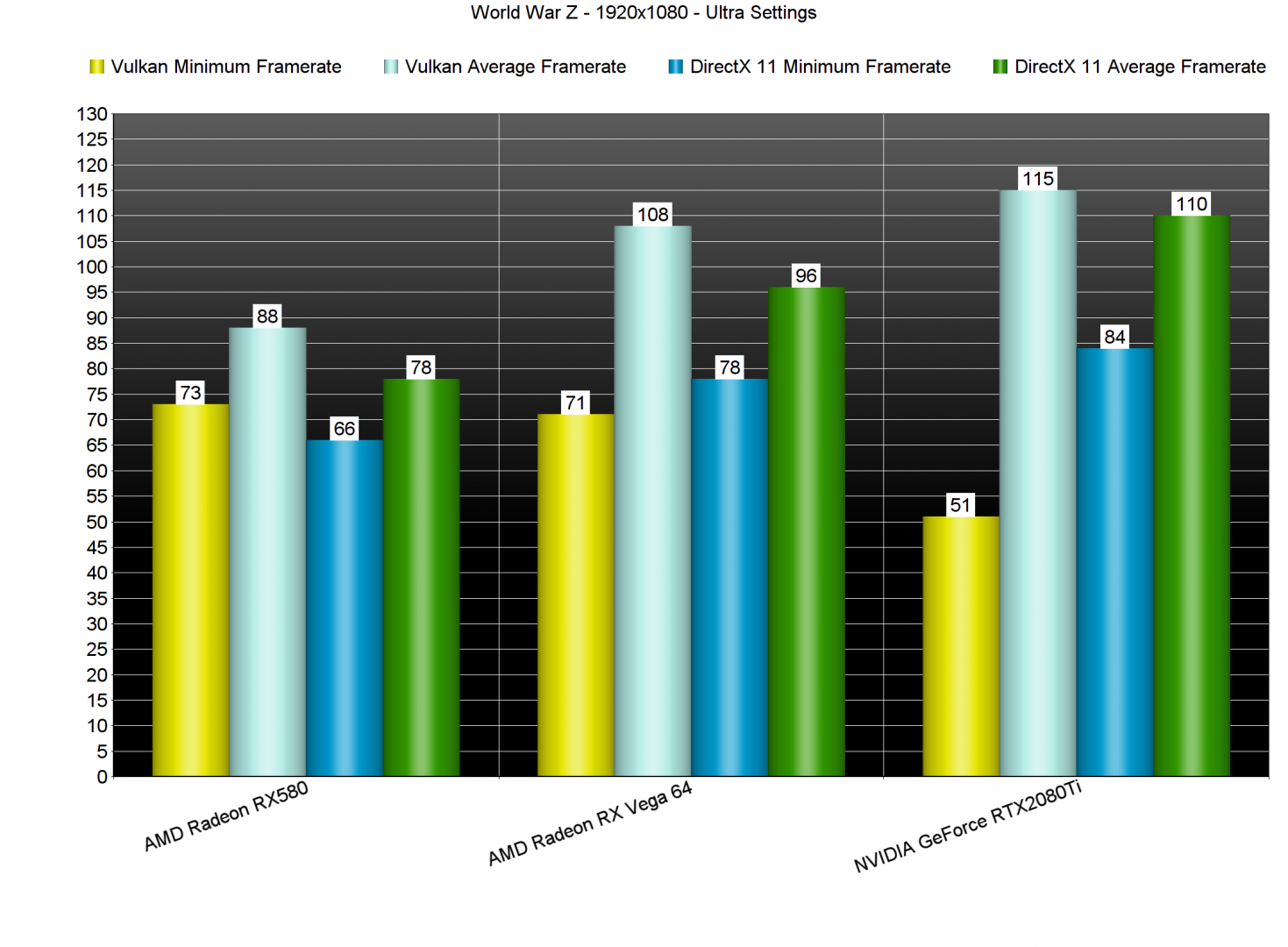 Let’s start with the good news; Vulkan was offering higher framerates on both AMD’s and NVIDIA’s GPUs. At 1080p and Ultra settings, we noticed a 10fps performance boost on all of our graphics cards.

However, Vulkan currently suffers from some major stuttering issues on both AMD’s and NVIDIA’s hardware. To be honest, the game, especially on the NVIDIA GeForce RTX2080Ti, was almost unplayable due to these stutters. As such, we strongly suggest avoiding the Vulkan API until Saber addresses these stuttering issues.

Stay tuned for our PC Performance Analysis article that will go live in the next couple of days!