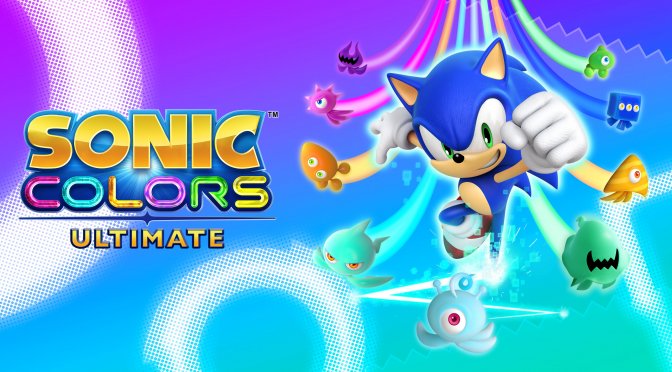 SEGA has just released Sonic Colors Ultimate on PC. Since the company sent us a review code, we’ve decided to test it and see how it performs on the PC platform. And, we have some good and some bad news.

Now the good news is that Sonic Colors Ultimate does not require a high-end PC system. At 2560x1440 we were able to get constant 144fps (with GPU usage at only 50-60%). As such, we can safely say that this game will run fine on a wide range of GPUs. Not only that, but we haven’t experienced any game-breaking bugs or graphical glitches.

The bad news with Sonic Colors Ultimate PC is, as the title suggests, its stuttering issues. The game currently suffers from numerous stutters that can happen randomly. And since this is a high-speed game, these stutters can get really annoying.

I don’t know whether the console versions suffer from such a thing or whether this is a PC-only issue. Still, it’s inexcusable. I should also note that Sonic Colors Ultimate is protected by Denuvo. So yeah, these stutters could very well be a side effect from that anti-tamper tech.

Other than those stutters, the PC version is quite polished. The game even displays proper keyboard keys and supports the mouse. Let that sink in. A Sonic game has full mouse and keyboard support (when other third-person games do not even support the mouse).

Below you can find a video that shows some of the game’s stuttering issues. Pay attention to MSI Afterburner’s frametime graph.

We’ve informed SEGA about these issues, so let’s hope that it will fix them via a post-launch update!