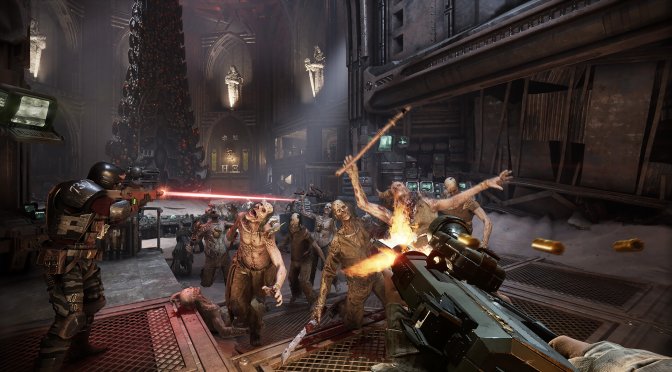 Fatshark has just released Warhammer 40K: Darktide on PC, supporting Ray Tracing effects and NVIDIA’s DLSS 3. And, in this particular game, DLSS 3 is a game changer that can significantly improve performance without noticeable visual artifacts/issues.

At native 4K, the mighty RTX4090 is unable to run this game (with its RT effects) with smooth framerates. In order to get constant 60fps, we had to lower our resolution to 1440p or 1080p. However, our Intel i9 9900K was not able to push framerates higher than 76fps. And that’s where DLSS 3 comes in. 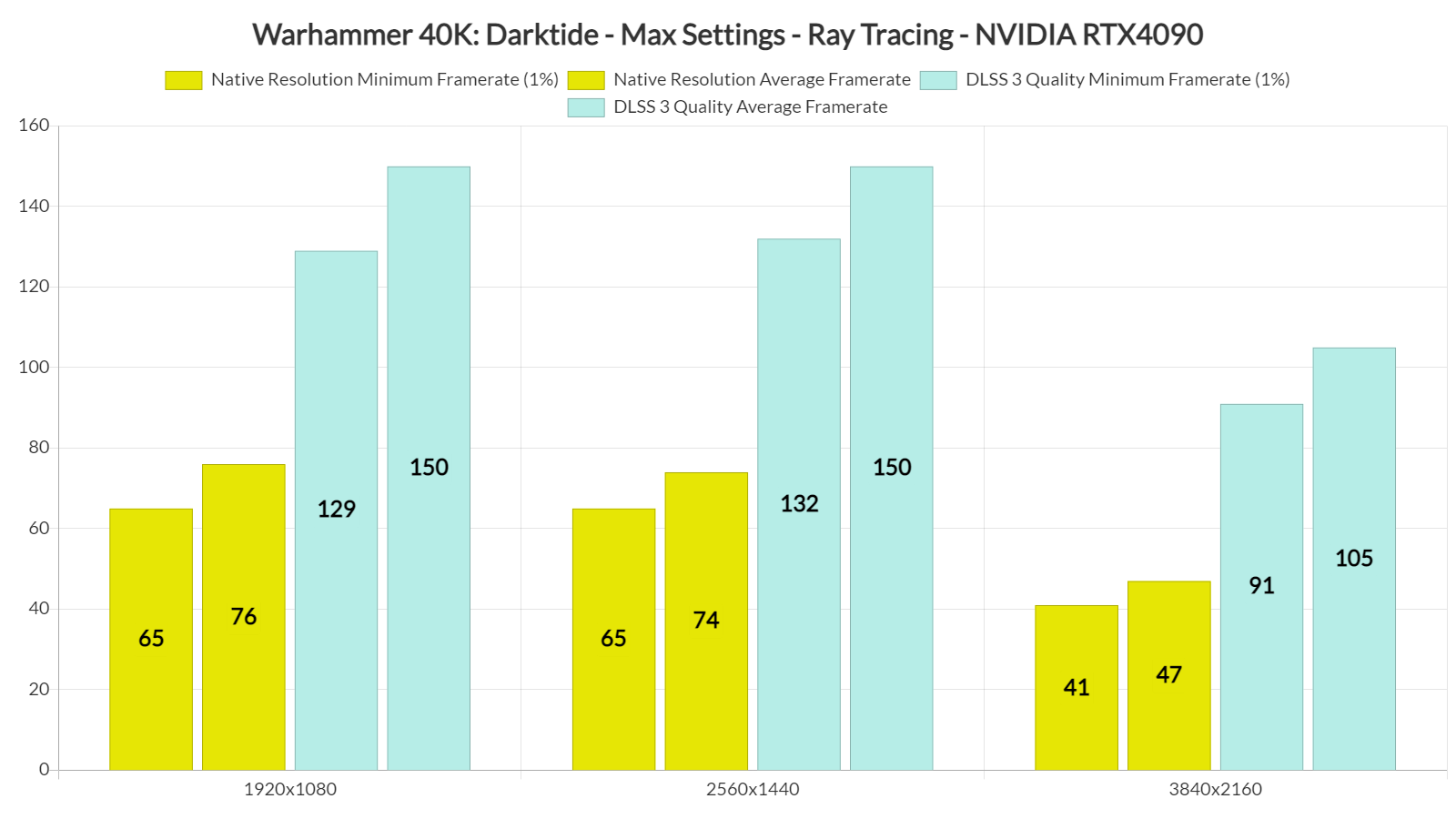 By enabling DLSS 3 Quality, we were able to more than double our performance at 4K. This was a game changer as the game felt great at 4K, and even better than native 1440p or native 1080p. We also did not experience any major latency issues as we were able to easily headshot our enemies. Mouse movement felt great. We also did not notice any visual artifacts with DLSS 3. Seriously, this is one of the best showcases of DLSS 3 as the game looks and performs great with it.

We’ll be sharing our Ray Tracing benchmarks (in which we’ll also include the RTX3080 and the RTX2080Ti) later today, so stay tuned for more. Until then, enjoy the following gameplay video!