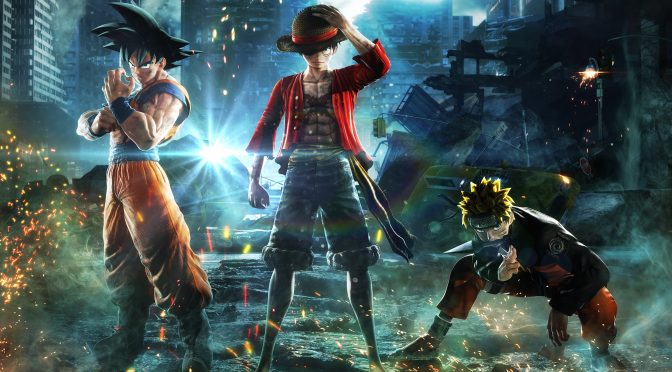 Since I’m a big anime fan, I was really looking forward to JUMP FORCE. JUMP FORCE is an anime/manga 3D brawler, featuring the world’s most popular and classic manga/anime franchises including DRAGON BALL Z, ONE PIECE, NARUTO, and many others. And while the game appears to be running smoothly on the PC, it suffers from major console porting issues.

In this article you will find some screenshots that we’ve captured using our AMD Radeon RX580. This, relatively old for today’s standards, GPU was able to run the game on High settings with 60fps at 2560×1440, though there were some drops to 50fps in some scenes. At 1920×1080, the game was silky smooth on that particular GPU so we can safely say that this Unreal Engine 4-powered game can run with 60fps (the game can be either locked at 30fps or 60fps) on a variety of PC systems.

Unfortunately, and as the title indicates, the game suffers from some console porting issues. Contrary to pretty much every latest PC release, JUMP FORCE displays gamepad button icons even when using a keyboard. Seriously, and before someone screams “Use a gamepad”, even KOEI Tecmo has fixed this and included proper keyboard on-screen indicators in its games.

Furthermore, all of the game’s menus were created for the console version and it’s obvious. I mean, there isn’t even a main menu when you start the game. Moreover, you need to press TAB instead of the usual ESC key in order to access the menus and the default keyboard layout is really, really, really awful.

Surprisingly enough, PC gamers can use the mouse to navigate the menus and they can re-bind every key/button. However, and while the mouse is supported in order to move the camera, the game requires from the players to keep pressing the right mouse button in order to do so. We also noticed some mouse acceleration issues, though they were not THAT awful in this particular title.

In conclusion, we were expecting better things from Bandai Namco. The fact that in 2019 a game, that fully supports keyboard and mouse, only displays the gamepad button icons is inexcusable. Hell, even Ace Combat 7, an arcade flight game, features proper keyboard and mouse on-screen indicators. At least the good news here is that the game appears to be running smoothly and without any performance issues on various GPUs. As such, and if you can overlook the game’s obvious “consolitus“, you may be able to enjoy it.