Furthermore, AMD claimed that this new driver features some performance improvements for various games. As such, and given the fact that this a new major driver, we’ve decided to test eight triple-A games.

The results were underwhelming. As we can see, there are no performance gains on our AMD Radeon RX580 in any game. Some games ran a bit slower and others ran slightly faster (1-2fps in both cases which is basically within the margin of error). 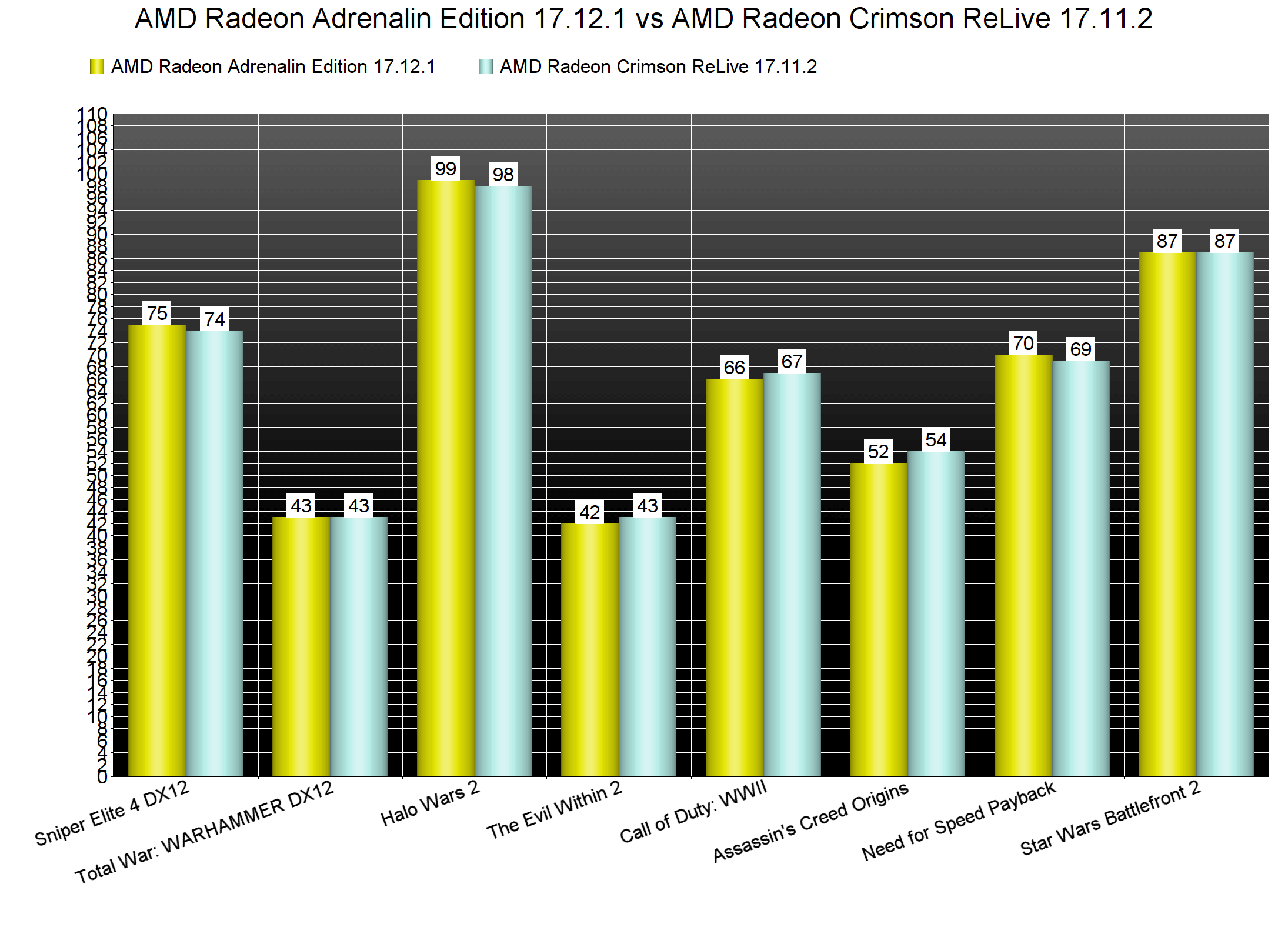 Those interested can download the AMD Radeon Adrenalin Edition 17.12.1 driver from here, and below you can find its release notes.