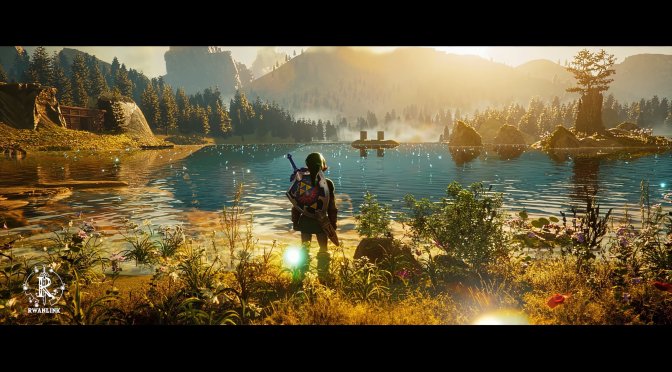 Back in December, we shared a fan remake of The Legend of Zelda: Ocarina of Time in Unreal Engine 5. Created by RwanLink, that video looked beautiful. And today, RwanLink is back with another video in which he showcases Lake Hylia.

Now as with most Unreal Engine 5 fan remakes, this is created by one person. As such, you should not be expecting a game that can rival commercial triple-A games from big studios. Still, though, it can give you an idea of what a modern-day take on this classic Zelda game could look like.

“The goal of this series is to reimagine these different environments as if they exist in real life using the Unreal Engine 5 and also to become a better artist in general. As a director, I also plan to present each of them with a cinematic. Even though I’m not a game developer, I also take the time to learn how to code to have a playable character and show you those environments from a third person perspective.”

This latest fan remake looks stunning, so be sure to watch the video.

Lastly,  Zelda fans should also take a look at this remake of The Legend of Zelda Wind Waker. And as always, you can also download CryZENx’s Ocarina of Time UE4 fan remake.