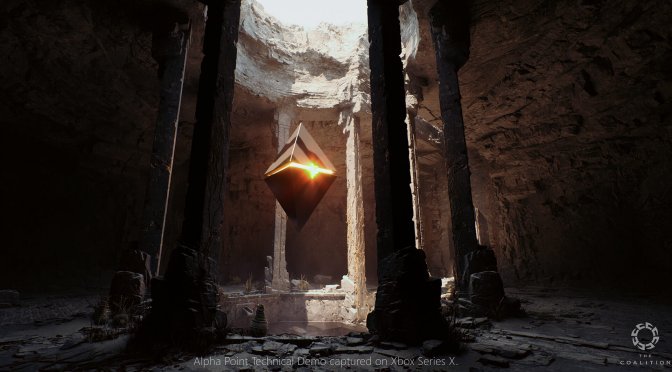 At GDC 2021, The Coalition presented a new Unreal Engine 5 tech demo, Alpha Point. And a few minutes ago, Epic Games released the full GDC presentation in which The Coalition shows and discusses the tech powering it.

Alpha Point uses both Nanite and Lumen, the main new tech features that Unreal Engine 5 brought to the table. Moreover, it uses new custom assets that were made specifically for this tech demo. As The Coalition states, it created 90% of the assets for this demo. The other 10% comes from Quixel’s Megascans.

Now as the team has noted, this tech demo does not represent any of its games that are currently in development. Still, it can give you an idea of what it has managed to achieve so far with this new engine.

The Alpha Point tech demo was running on Xbox Series X, and is not representative of final framerate targets or final input/output resolutions.

Lastly, this tech demo is not available to the public. As such, you won’t be able to run it on your PC system.