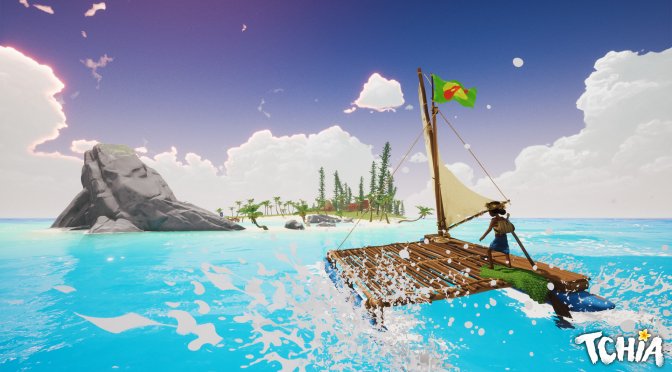 Awaceb and Kepler Interactive have released a new gameplay trailer for their Unreal Engine 4-powered open-world adventure game, Tchia. In this video, we join game director Phil Crifo for a dive into Tchia’s richly realized world in the gameplay series’ first featurette.

The video ventures out with the young heroine, Tchia, for a glimpse at the game’s fictional world. As the press release reads:

“Tchia’s trip includes visits with lively and memorable locals as she takes a break from the sandy shores and cliff sides to chat, practice tunes with her ukelele and partake in her island’s traditions. Awaceb’s small, nine-person team draws inspiration for Tchia’s world from the childhood friendship of its co-founders, who grew up together in New Caledonia. Awaceb has used the co-founders’ love for their homeland as a guiding light while creating Tchia, building a comprehensive tribute to the island and its people reflected across the game’s iconography, cultural traditions, fauna, voicework and themes.”

Tchia is an open-world sandbox that invites players to jump into the adventure of a lifetime. Players can explore the ocean depths or become one with nature, with the game’s unique soul-jumping mechanic allowing them to take control of over 30 animals and hundreds of objects, turning the environment into the ultimate tool.