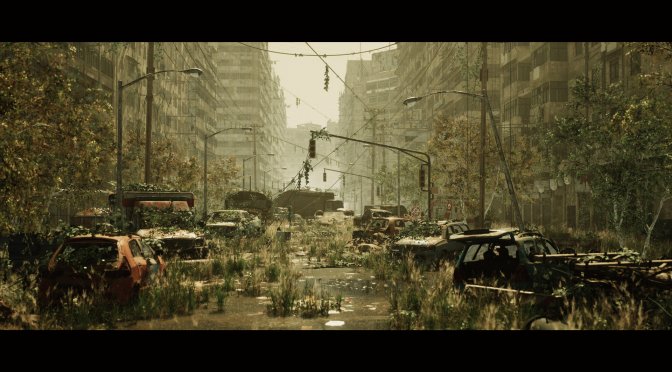 Pasquale Scionti has created a new post-apocalyptic environment in Unreal Engine 4 that is heavily inspired by The Last of Us 2 and The Division 2. Scionti has used real-time ray tracing in order to enhance this environment, as well as Quixel megascans.

Alongside a cinematic flythrough, Scionti has also shared an in-game video. In this in-game video, the artist explores the highly detailed environment that he has created. Thus, it will give you a better idea of how this environment looks like.

Scionti claims that this updated version of his environment features real-time ray tracing, as well as 2 side foliage and better translucency. Unfortunately, though, this map is not available for download. As such, PC gamers cannot download and try this ray-traced environment on their PC systems.