As we all know by now that AMD has been quite dominant in the CPU market segment, be it Gaming or professional, and has given Intel a run for their money. It is also no secret that AMD’s new processor division/branch has undergone a significant revival since past few years or so.

AMD continues to achieve a win in the CPU market, with Steam’s latest Hardware Survey now reporting a 25% market share for AMD processors, which marks a new milestone for the Red Team.

AMD will officially announce its next-gen Zen 3-based CPU lineup on October 8, and the company has been decidedly marketing these Ryzen 5000 series Zen 3 CPUs as gaming processors.

Valve’s gaming platform STEAM does a random survey asking users to post data about their hardware. Of course, the data is not perfectly representative of the market as a whole, but it still paints a picture of the current market trend. According to the latest data AMD made up 22.45 percent of registered CPUs in May this year, and that number has been growing by about 0.8-1 percentage points every month. Intel still takes the crown with a share of nearly 74 percent.

AMD used to have a slight disadvantage in gaming back in the old days when compared to Intel processors, but the company tried to make multi-core approach more popular in early 2011, with their new Bulldozer CPU architecture. Though, it wasn’t until 2017 when AMD made a huge comeback with its 1st Gen Ryzen CPU architecture which helped shape and change the gaming CPU landscape, and also allowed them to start gaining back market share, especially from PC and Gaming enthusiasts.

AMD’s main focus at that time was on high core counts and IPC uplift with the RYZEN series of processors. At this time, the Ryzen 3000-series Zen 2 CPU lineup goes toe-to-toe with Intel in gaming benchmarks for the first time since 2006.

If AMD’s upcoming Zen 3 chips can deliver the promise of high gaming performance, then we could see a massive shift in consumer market share for AMD.

They have all the firepower they need to dominate the consumer space as a whole. It was already reported before that AMD’s upcoming next-gen Zen 3-based processors will have the 5000 series nomenclature. Likely to be fabbed on the TSMC’s 7nm+ EUV process node, the Zen 3 architecture is said to deliver better performance per watt ratio and efficiency than the previous Zen 2 lineup, which was already a revolutionary architecture from AMD.

According to some leaked official documents, Vermeer CPUs will be designed to be used in high-performance desktop platforms, and they are also going to feature up to two CCD’s (Core/Cache Complex Dies) and a single IOD (I/O Die).

We expect the Zen 3 architecture to bring at least 17% IPC uplift as compared to the previous gen Zen 2 CPU lineup. Zen 2 CPUs already featured double the L3 cache over the Zen/Zen+ series chips, and Zen 3 is going to take things to a whole new level. AMD’s next-generation Zen 3 architecture aims to alleviate some of the shortcomings of AMD’s existing architecture designs.

So, expect some AMD CPUs going as high as 5 GHz, to give Intel a stiff competition on the single-core frequency, along with a 50% increase in Zen 3’s floating-point operations and a major cache redesign. 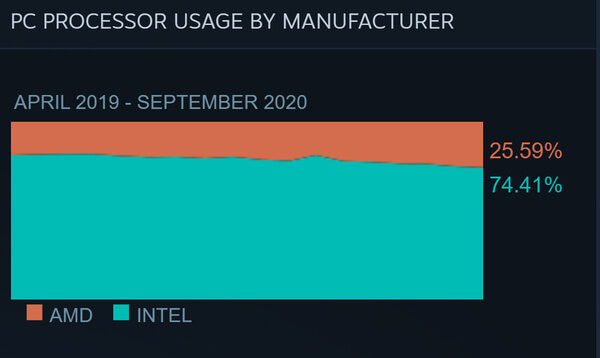