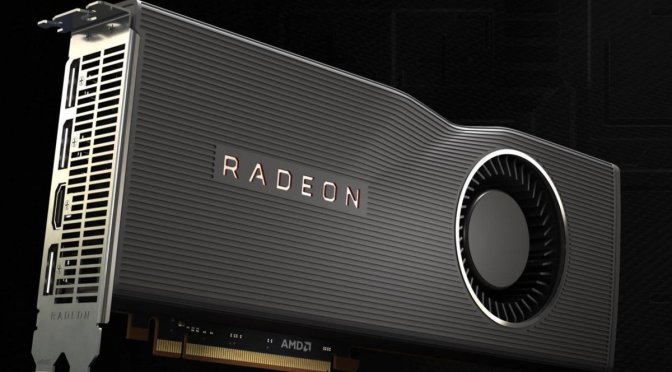 According to one recent report from Cowcotland, AMD was about to cease the production of the Navi 10-powered RX 5700 XT and RX 5700 gaming GPUs. This included both the reference and custom AIB design SKUs. However, AMD has debunked this rumor in an official statement to Tom’s Hardware.

“We are continuing to produce the Radeon RX 5700 series graphics cards, which deliver exceptional 1440p gaming experiences,” AMD told Tom’s Hardware in an email. “We will continue to respond to market demand.”

According to Cowcotland’s story, ceasing production on these cards made sense, considering the upcoming announcement of the RX 6000 Big Navi 2X series which is scheduled for October 28th. But AMD denies this allegation. The RX 5700-series isn’t dead yet.

The story first got picked up by TechPowerUp, TechRadar, and also Videocardz, but Tom’s Hardware team decided to reach out to AMD for confirmation, and in response, the company claims these rumors are false.

Apart from this, the RX 5600 XT GPU is still being manufactured as well, which is also based on the same Navi 10-GPU silicon. After all, the AMD RX 5600XT debuted this year on January 21st, so it is not even a year old.  AMD has also not cancelled the production of the Polaris-based Radeon RX 500 series and the Radeon RX 5500 XT (Navi 14-based) GPUs yet. The Polaris-based models debuted back in 2017.

So we can expect these RX 5000-series cards to remain in the market for some more time. There is still a niche market for these cards.

Also, since the RX 5700 is about roughly 10% faster than the RTX 2060 Super GPU, there’s a strong demand for this card amongst Gamers who don’t plan to upgrade to 4K/2K anytime soon, and who also don’t want to wait for the next-gen cards to hit retail shelves. For them this is going to be a decent upgrade nonetheless, assuming they are rocking an older gen or a weaker GPU.

We have also seen some retailers hike the price of these Navi 10-based cards in response to the low supply as well, but production is slowly ramping up. Be assured that AMD is not halting the production of these RX 5000 series cards, which is good news for gamers in the end.

We can see the price hike trend for the RX 5700 GPU as shown below, courtesy of PCPartPicker. 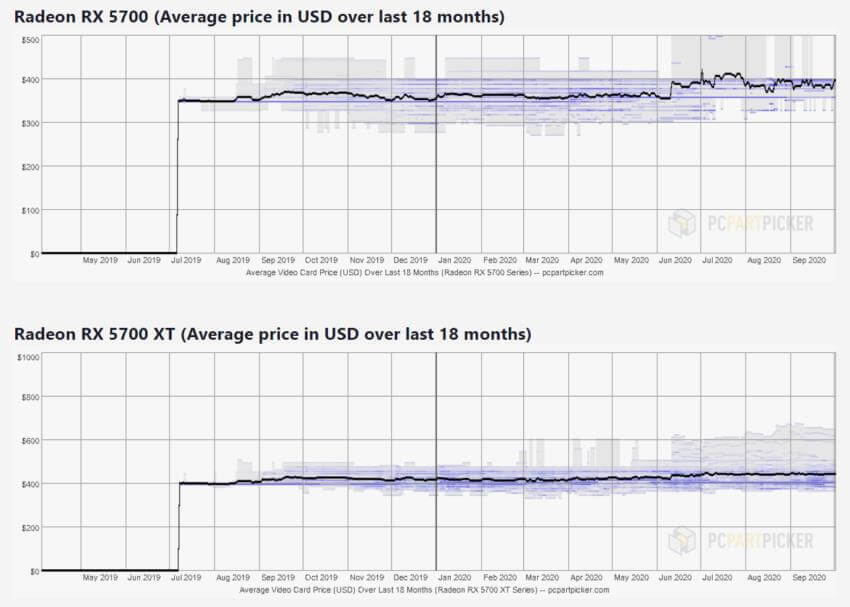