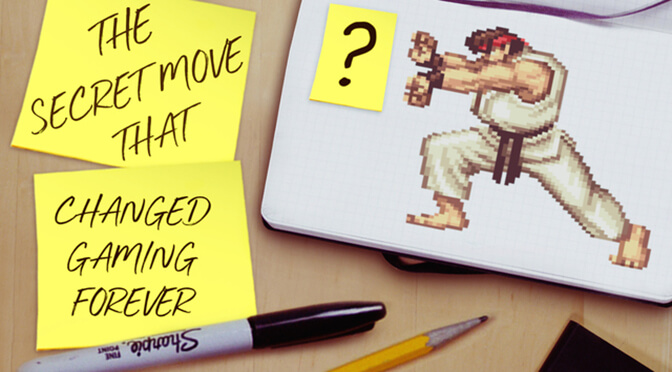 Coin-up games were the rage back then, in 1987 a secret move was discovered, and its impact is still being felt to this day. The first Street Fighter was the first competitive fighting game ever produced by Capcom. The amount of coins fed to the arcades back then must be astronomical.

In an age without internet finding information about video games was almost impossible. They only information available back then was through magazines. That is if you could find them or even afford them as a kid.

Usually you would learn the special moves and combos through a friend who uncovered the button combination. Learning a special move like Ryu’s Hadouken was like being given the key to the city.

From there, the special move usually became something you would use repeatedly and without mercy in order to achieve victory upon you friends.

Imagine playing Mortal Kombat without knowing any of the fatalities. It was brutal, but the satisfaction upon discovery during gameplay was exceptional. Nevertheless, I like it better now.

If you want to learn more you can watch the video below.