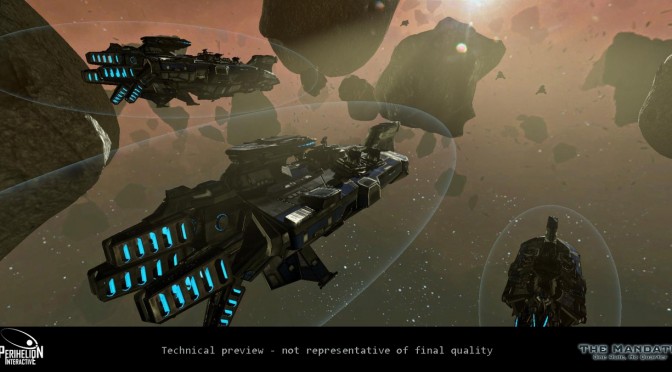 Perihelion Interactive has released a new gameplay video that demonstrates the Battle Orchestrator in The Mandate, a six-player, cooperative, sandbox sci-fi RPG (playable online and over LAN), which is in development following a successful Kickstarter campaign during late-2013.

This holographic simulator can be paused and returned to at any time, allowing captains to strategically plan out their deep space skirmishes, using any advantages provided by their environment like asteroid cover or line-of-sight.

According to the development team, the footage was crafted using the Unity game engine and the speed of ships, their turning rate, the weapon firing rate, etc, are not representative of the final gameplay/pacing.