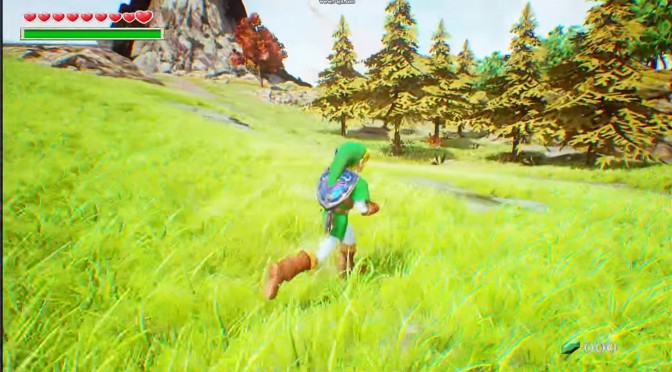 YouTube’s ‘AlbertREWesker’ has released a new video, showing The Legend of Zelda: Ocarina of Time’s Hyrule Field being recreated in Unreal Engine 4. It looks really cool, so we thought some of you would be interested in it. Kudos to our reader ‘Neurasthenya’ for informing us!