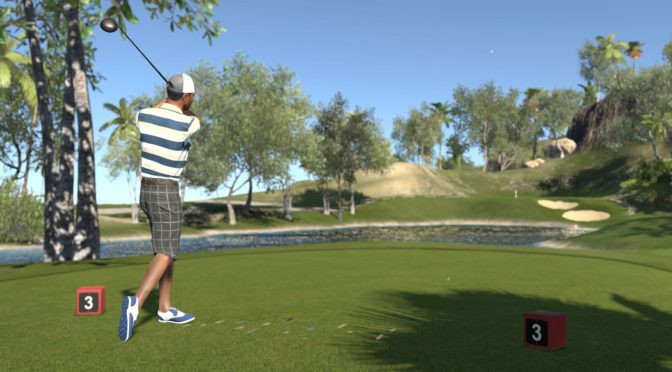 Now with a progression-based Career Mode, the addition of Societies, and improved Course Creator, The Golf Club 2 replicates a compelling and authentic experience of being on the green. Alongside these giant improvements to the game, The Golf Club 2 scores big with a host of new environments, cutting-edge swing mechanics, limitless customization options and dynamic online tournaments.

Responding to the request of The Golf Club community, the developers have now built out a series of tournaments players must advance through in Career Mode to move up in status. As you progress through your season, your competition grows with you, pushing you to improve your game. Career earnings from each event and season give you the freedom to purchase clothing and accessories for your golfer, along with membership dues to Societies.

Players will now be able to create their own online Society or join a pre-existing one. While you can be part of more than one Society, one of them will be your Primary Membership. You’ll represent your Society in all events you play, climbing your way to the top of Team Leaderboards and upgrading your clubhouse as you progress.

The Course Creator, a signature feature that HB Studios is committed to perfecting in each of its titles, also sees vast improvement in this upcoming sequel, with more creative freedom to build the ideal course to suit any player’s style. Fans of the first installment can either start fresh or upgrade a previous masterpiece from The Golf Club. Included in the new additions to the Course Creator are: tournament dressings with media stands, crowd placement, multi-level water features, and more.

The Golf Club 2 is currently planned for a Spring release.