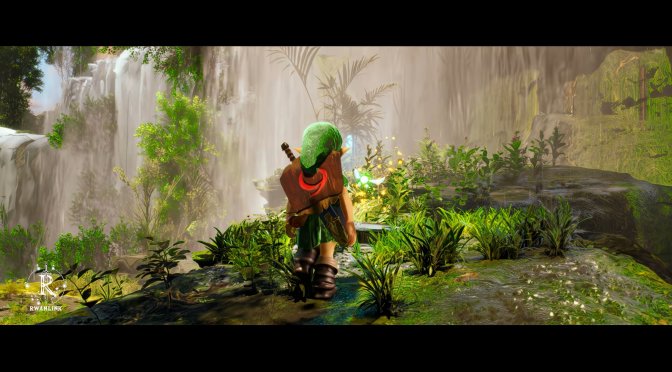 In January 2022, we shared a video from a fan remake of The Legenda of Zelda: Ocarina of Time in Unreal Engine 5. Created by RwanLink, that video showcased what a modern-day take on this classic Zelda game could have looked like. And a couple of days ago, the artist released a brand new video from it.

RwanLink has decided to focus this time on Zora’s Domain. The artist has been working on this video for 1200 hours over the past four and a half months. Moreover, it appears that he has used a custom 3D model for Link, which feels a bit weird during the cut-scenes.

We should also note that this project is not related in any way to CryZENx’s Unreal Engine 5 project. These are two completely different projects. And while RwanLink’s remake is not available for download, you can download CryZENx’s remake (from the aforementioned link).

But anyway, the following video features 19 minutes of cinematic sequences. Then, at 19:00, we get some gameplay footage from it. RwanLink said that he had no time at all to optimize these gameplay scenes and as such, performance is not that good. We’re talking about sub-30fps on an NVIDIA GeForce RTX 3080Ti. Nevertheless, it’s a cool video that some Zelda fans may appreciate.