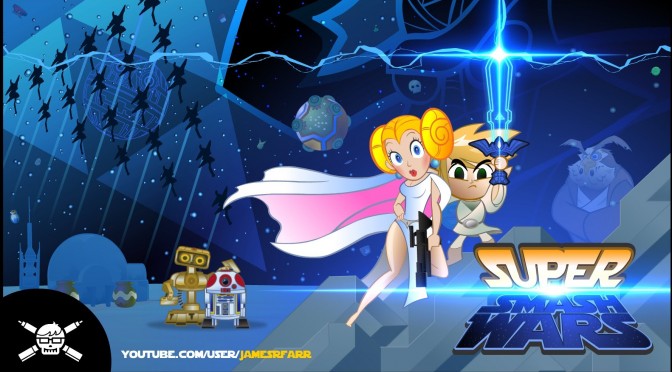 Our reader ‘April’ has informed us about the release of the first part for James Farr’s amazing Star Wars / Nintendo-Verse Mashup animated short film, SUPER SMASH WARS 3: Return of the Hero. According to James, the second part will be released next week. Needless to say that this a short film you really have to watch. It’s epic, so go ahead and enjoy it!