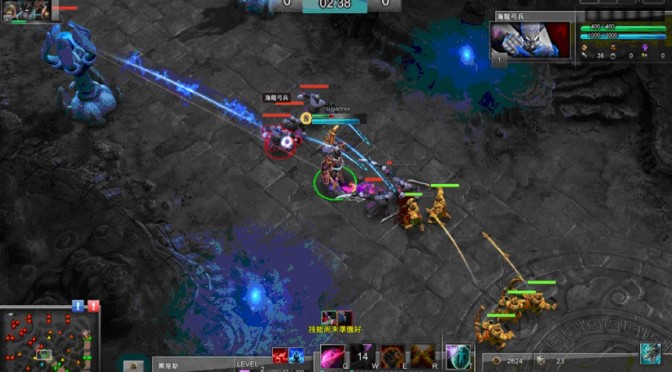 Yenni Chen of Wayi International Entertainment has informed us about a new F2P MOBA title called, God of Destiny. God of Destiny (G.O.D) is a MOBA based on eastern and western fantasy that has been under development for three years.

According to its press release, the game focuses on fast paced 5v5 combat where the player takes control of a single hero (from a huge collection) and uses his/her unique talents to defeat the enemy team.

As Yenni noted, the Chinese version of G.O.D is during CBT stage, while English version is under development and will be completed in next couple months.

The heroes in God of Destiny are introduced and designed with the inspiration drawn from various mythologies from northern Europe, Greece, Egypt and etc. The main objective during the game is to destroy enemy’s base while protecting the player’s. In order to do this, a hero must be chosen from a wide selection by the player, who will supposedly walk the way that paves to victory.

“To be different with LOL and DOTA 2, fast-pace combat (25-30 minutes for one battle) and exquisite hero skin design by famous Asian Art Master Chen Uen are featured. Further supportive roles like the courier (who transfers items shopped to the player, to save the hero’s time for moving from the item store to the fighting spot), and various beasts and monsters which strengthen fighting frequency of the two teams are designed into the game.”

It surely sounds interesting, so we’ll be sure to keep you informed about its English version.