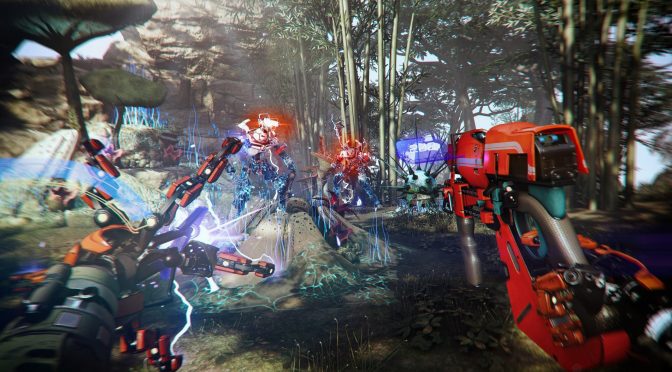 Insomniac Games has released the PAX East 2019 trailer for its upcoming VR open-world game for the Oculus Rift, Stormland. In this new VR game, players must journey through an ever-changing cloudscape to augment themselves and save their friends.

Players will explore an expansive world with complete freedom—bound up cliffs, glide across chasms, and fly through the slipstream with velocity. Players will also detonate explosives, harness electricity, and wield makeshift weapons to overcome titanium sentries and monolithic guardians.

Stormland will support both solo and co-op, and you can find below its key features: