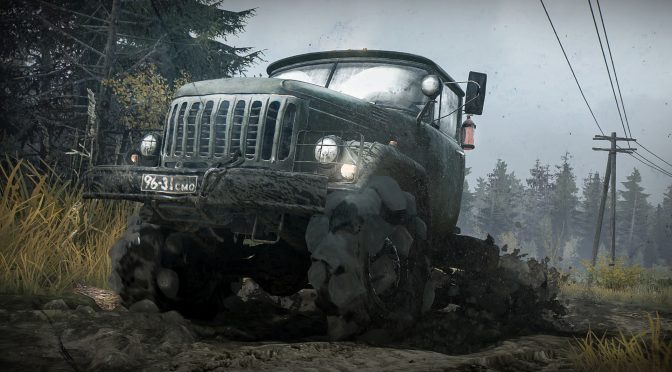 Spintires: MudRunner puts players in the driver’s seat of powerful off-road vehicles, and challenges them to face extreme sandbox environments. Players will have only a map, a compass and their driving talents at their disposal in order to survive.

Off-road vehicle fans will enjoy crossing mud, rivers with strong currents, and climb perilous peaks aboard their 4x4s, trucks and sturdy logistic vehicles designed to withstand the most extreme conditions. Thanks to its advanced physics engine, the game features hyper-realistic driving. As such, players can expect fuel simulation, a differential transmission system and soft-tire simulation. The game also comes with realistic interactions between vegetation, mud, water, and the vehicle.

Lastly, players will be able to choose what path to take, through difficult terrain, rivers, forests, swamps, mountains.