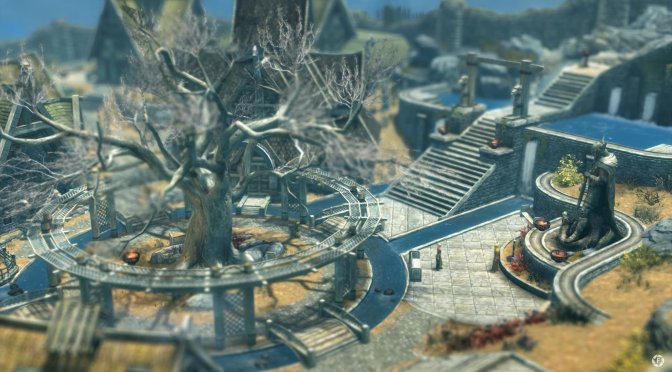 Over the past few months, YouTube’s Flurdeh has shared some truly amazing videos for numerous games, re-imagining them as isometric games. Thus, below you can find some videos that showcase Red Dead Redemption 2, Skyrim, Fallout New Vegas, Battlefield 1, Assassin’s Creed Origins, Days Gone and Cyberpunk 2077 as isometric games.

As the YouTuber has noted, Tiny Game Worlds is all about seeing the scenery and worlds of video games from a completely different perspective. In order to achieve this, they used techniques like and similar to Tilt Shift in video games. By doing so, they can make their environments appear smaller.

The end result is truly amazing, so we highly recommend watching these videos. In a way, it reminds me of the isometric fan remakes we shared in 2017. Created by Chris Bischoff, those fan remakes re-imagined popular games as isometric titles. The only difference here is that these latest re-imaginations are mostly a camera change, and not full-on remakes.