DICE has announced that it will implement a new Scoreboard for Battlefield 2042 via its Update 3.3 which will come out in February 2022. In addition, the team shared a WIP screenshot from it that you can find below. 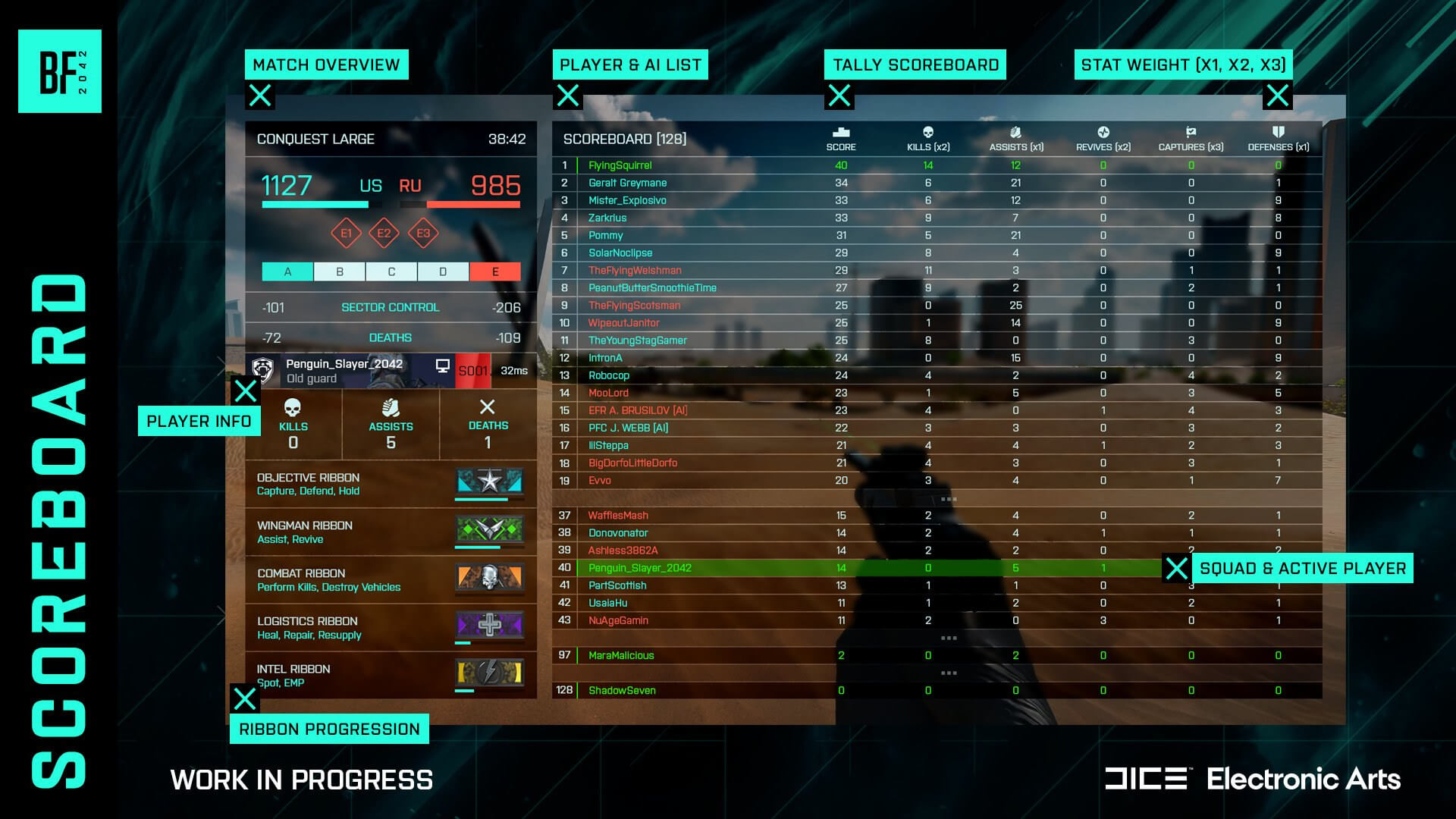 As DICE noted, the Scoreboard will receive further updates beyond this refresh. From what we can see, players will be able to get more information from this Scoreboard than the one that is currently available in the game.

DICE also revealed that a new small patch for Battlefield 2042 will release tomorrow. Update 3.2 will deliver a handful of small fixes and improvements to the game focused around stability.

Lastly, the team is still working on improving the game’s performance, and is looking into making some changes to Matchmaking. DICE will also make some changes to the XP you receive in Portal. For instance, Update 3.2 will enable more servers and game types to progress on Mastery and Weekly Missions.