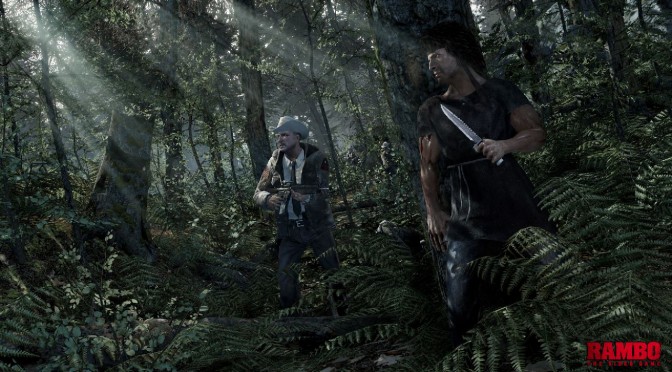 Reef Entertainment has released a new trailer for its upcoming on-rails shooter based on the Rambo movies, Rambo The Video Game. This new trailer looks just as average as the last one. Rambo has gloriously awful hair and his animations are not as smooth as you’d hoped for. And his face has that ‘plastic’ feel that makes Far Cry’s characters cry in a corner. In short, it looks bad. For some unknown reason, however, I’d like to see how it plays. It’s been a while since our last on-rails shooter after all. Enjoy!