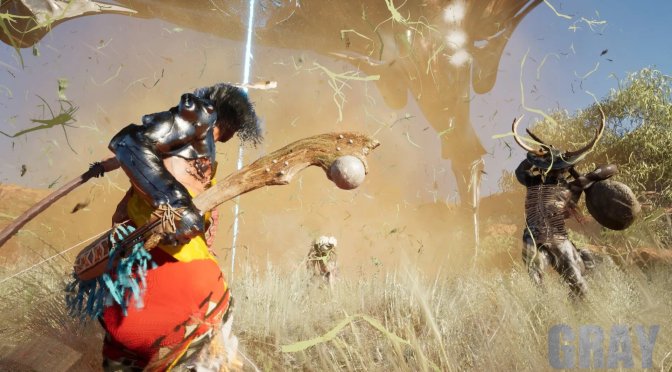 In-D has shared a prototype video of its upcoming open-world action RPG, Project GRAY, showcasing 16 minutes of gameplay footage. Now what’s really interesting here is that In-D is a one-man studio, meaning that everything you’ll see was created by a single person.

“Project Gray is an open world action-adventure game in which the story begins with the appearance of an advanced alien civilization called ‘Grey’ on the planet ‘Asirma’. The player is the native ‘Galoso’ of Asirma, who gains special abilities through the friendly help of Gray, but after discovering the secrets hidden under the exchange, he fights to drive them out.”

Project GRAY looks kind of interesting, especially for a “one-man army” demo. Although In-D has not specified the engine, I can assume it’s using Unreal Engine. I mean, it looks like Unreal Engine. It also has some cool wind/physics effects, as well as proper combat and climbing mechanics.

The Korean studio is currently looking to expand its team. So yeah, don’t expect to be playing it anytime soon. Still, this looks really cool so here is hoping that In-D will be able to create a game out of this prototype demo.