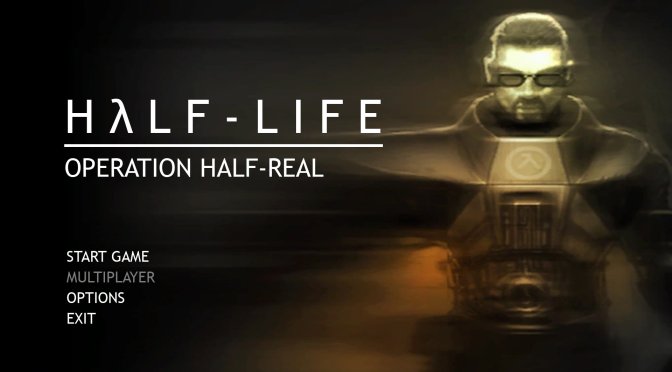 From what we can see, this fan game will be using the original assets of Half-Life. However, and thanks to Unreal Engine 4, the modder will also implement some modern-day techniques.

“Operation Half-Real aims to bring players all new scenarios to immerse themselves in and build on what Valve already achieved with their critically acclaimed game with new ideas to spice up the gameplay.”

Those interested can also download an early demo from here. This project is in an early development phase, though, so don’t expect much from it. Still, there are basic gameplay elements (like fighting zombies, using weapons, interacting with the environments, and more).