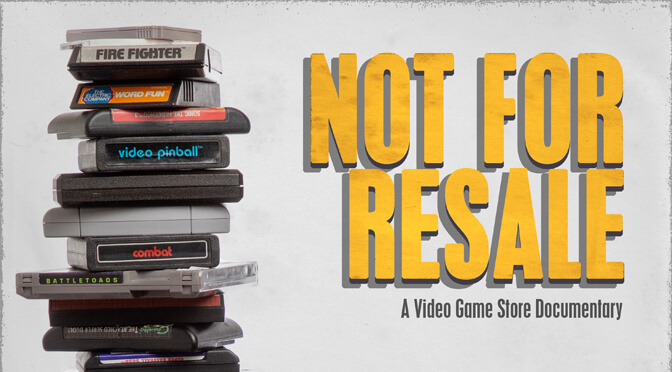 Changing technology has affected everything from secondhand mom and pop retail stores to independent game developers. With digital storefronts becoming the norm, shoppers are skipping trips to the store to download at home.

A documentary spanning dozens of independent video game shops across the United States. The documentary features interviews with several game store owners across the US and Canada. The film is available for purchase on Amazon.

You can watch the trailer of the documentary below.

Not For Resale: A Video Game Store Documentary | Trailer