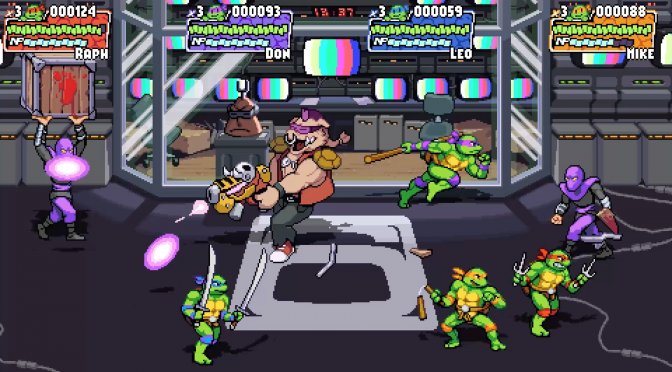 DotEmu has released an official gameplay trailer for Teenage Mutant Ninja Turtles: Shredder’s Revenge. This trailer will give you a glimpse at the gameplay mechanics of this upcoming 2D brawler.

Each Turtle will have its own skills and moves. Thus, players can choose a fighter and use radical combos to defeat their opponents. Players will also experience intense combats loaded with breathtaking action and outrageous ninja abilities.