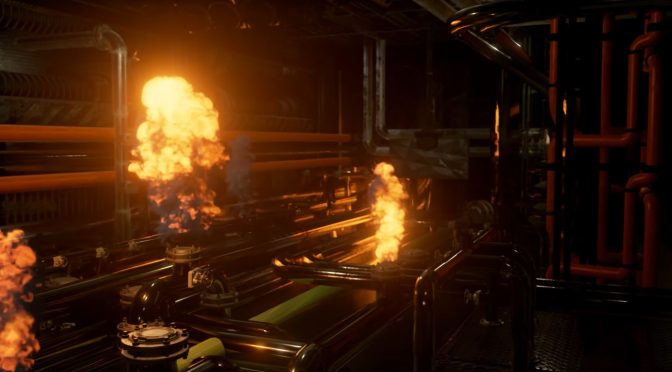 NVIDIA has released a new video, showcasing some fire and smoke effects that are powered by its GameWorks Flow tech in DX12. According to the green team, the simulation is based on an adaptive sparse voxel grid, allowing the simulation to focus compute and memory resources around regions of interest, and track shifts in the region of interest over time.

As NVIDIA noted, with the fire, the combustion process is simulated per voxel, generating elevated temperatures and smoke, which influences the visual appearance and produces buoyancy and expansion effects on the fluid simulation.

An adaptive sparse voxel grid is also used to compute self-shadowing on the smoke, increasing both the realism and visualizing the structure of the smoke.

The fluid simulation supports real time collision with objects in the environment, along with fuel emitters than can be modified in real time, making the simulation fully interactive.