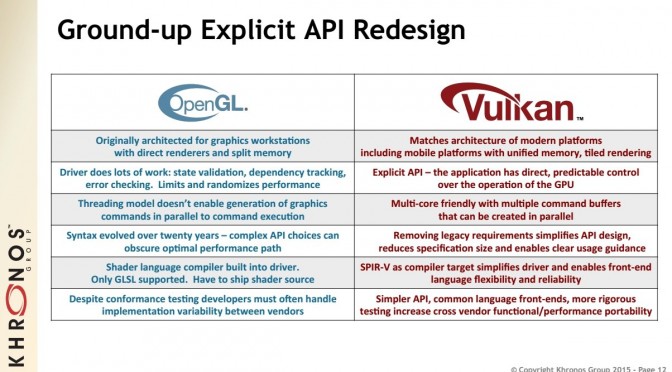 Imagination Technologies released a video, showing the performance difference between Vulkan and OpenGL. Both of these APIs were running the Gnome Horde demo and as we can see, Vulkan can handle things way better and faster than OpenGL.

“On the left-hand side of the video, we are showing Vulkan and on the right we have OpenGL® ES 3.0. We have attempted to ensure both versions run equivalent code and both run without extensions. The demos are not using instancing either, each draw call could be a different piece of geometry with a different material or texture and the CPU performance would be very similar.”